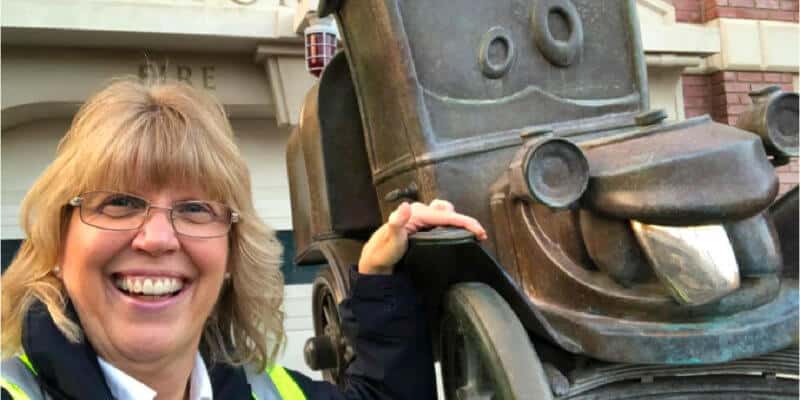 With word of more Disney parks potentially reopening in the near future, the magic of the parks feels within our grasp once again. Security Cast Members at both Disneyland Resort and Walt Disney World are giving us a taste of when we can hopefully return to the parks soon by providing another round of tours of the parks!

Previously, Cast Members Elio and Tina had given us virtual tours of Hollywood Studios and Disneyland Park, respectively. Tina has returned to give another tour via Twitter, this time of Disney California Adventure Park!

Happy Tuesday! I’m Tina, Security Duty Manager at the Disneyland Resort. I’m here to show you around #DisneyCaliforniaAdventure park while we are temporarily closed. Let’s go on an adventure! #DisneyCastLife pic.twitter.com/Xz5Lkbbg9S

Tina begins her tour at Grizzly Peak, home of Grizzly River Run and Soarin’ Around The World. She makes sure to point out the iconic silhouette of the bear-shaped mountain pointing into the California sky.

What better place to enjoy the great outdoors than Grizzly Peak at #DisneyCaliforniaAdventure! Can you spot the distinctive bear profile peeking through the top of this range? -Tina #DisneyCastLife pic.twitter.com/lGsxfxwNFm

Next, Tina headed on over to Pixar Pier to say “hi” to visit everyone’s favorite red-headed cowgirl at Jessie’s Critter Carousel. Pixar Pier is home to many of Disneyland Resort’s most iconic attractions like the Incredicoaster and Pixar Pal-A-Round.

The last stop on Tina’s tour was along Route 66 at Cars Land! This area is widely acclaimed with how well Imagineers used forced-perspective when crafting the land.

Passing the baton to the other side of the coast, Cast Member James is next up for a tour of Magic Kingdom!

Hi everyone! I’m Security Host James, here at #MagicKingdom. Did you follow along with Tina inside #DisneyCaliforniaAdventure at @Disneyland? Well, my team is giving me the honor of showing you around our park. Let’s go take a look! #DisneyCastLife pic.twitter.com/WAAnNTbCnN

James naturally began his tour of the park on Main Street USA, taking a selfie in front of Harmony Barber Shop. This barbershop is popular with parents who take their children to get their very first hair-cuts at!

Making his way through the park, James’ next stop is in the north-western part of the park in Frontierland. James snagged a selfie right near the iconic Splash Mountain.

Next, James boarded The Liberty Belle in Liberty Square, posing for a photo in front of the ship’s wheel! James teases our excitement to return to Magic Kingdom with the caption, “All aboard! Oh, wait … I guess that’s just me. (For now)”.

It is clear that the Cast Members at our beloved Disney parks are missing guests just as much as we are missing the magic of the parks and Cast. Hopefully we will be able to join Tina and James in the near future!

What was your favorite part of the virtual tour? Let us know in the comments below!

Comments Off on Follow Along Another Virtual Tour of Disney Parks With Security Cast Members!