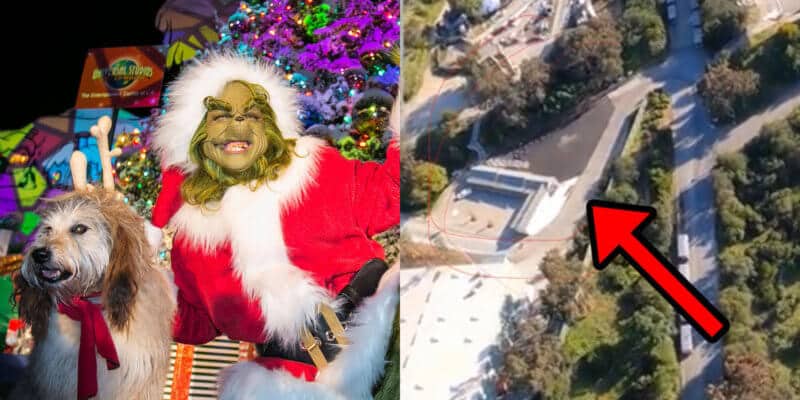 One of Universal Hollywood’s most beloved backlot sets, which paid homage to the live-action film How The Grinch Stole Christmas, has reportedly been demolished, according to a new aerial flyover video from a YouTuber.

The video comes from Micah Muzio, who recently set out on a trip via helicopter over the Southern California theme park. The video seems quite normal as he hovers over the empty land. However, according to a tweet by Theme Park Obsession, it seems a real life Grinch has made some changes at Universal Hollywood as the account claims from the video, around the time of 10:07, the Dr. Seuss-themed set was demolished.

Awesome view from above some SoCal Theme Parks. Wanted to point out that Whoville at Universal has been demolished.
Video by Micah Muzio on YouTube pic.twitter.com/XS2kU2LQNM

Theme Park Obsession commented on the tweet’s thread that the demolition probably took place sometime within the past few days or weeks. In the tweet above, the Twitter user outlines the missing set with a red arrow and circles.

For those not familiar, the set first appeared at Universal Hollywood back in 2000 when the film was first released. The film is a live-action adaption of the beloved Dr. Seuss book and stars Jim Carrey.

This area is also where the theme park would celebrate its annual “Grinchmas,” where guests would get to see Whoville-inspired Christmas decor and Cindy-Lou and other residents from the Dr. Seuss land sitting around for a storytelling show of Dr. Seuss’ How The Grinch Stole Christmas.

Universal Hollywood has not made any official announcements on the status of the set. However, recent reports have revealed that theme parks have been going under maintenance during their temporary closures amid the current pandemic. As the parks currently have no guests, it only makes sense that any scheduled construction or demolition would take place during this time–including the tear down of the beloved set.

What are your thoughts on the disappearance of the How the Grinch Stole Christmas set at Universal Hollywood? Let us know in the comments!