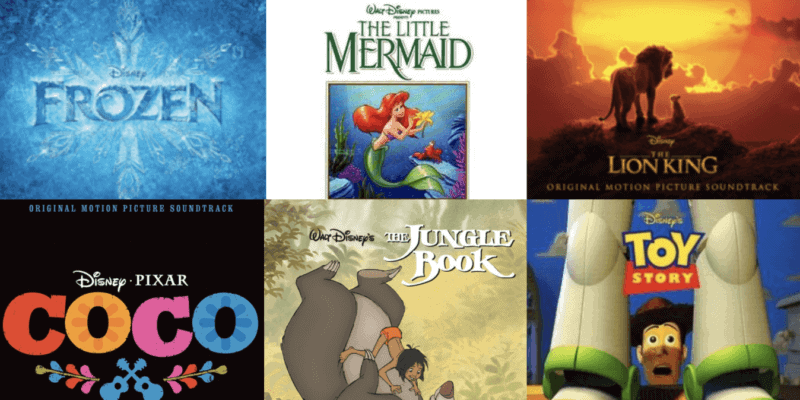 It’s been a rough couple of months for Disney fans (and, let’s be honest, people in general). Disneyland may be the Happiest Place on Earth, but since we can’t go there right now, we’ve got the next best thing to share with you!

We would wager that Disney music puts a smile on your face just like it does for everyone on the ITM team. If you’ve been feeling a little down in the dumps lately, this mood boosting Disney playlist is just what you need to change your outlook.

More like this: Working From Home? You Need These Ambient Disney Music Channels

The first song on this feel-good Disney songs playlist is Tevin Campbell and Rosie Gaines’s “I2I” from A Goofy Movie, which is currently celebrating the 25th anniversary of Max and Goofy’s father-son misadventures. This song couldn’t be more 90s if it tried, but that makes it all the more endearing!

Next up is Phil Harris’s super catchy “The Bear Necessities” from 1967’s Disney animated film version of The Jungle Book. We don’t know anyone who doesn’t start grooving right along with Baloo and Mowgli when they hear this classic Disney song!

Even if you’ve heard Idina Menzel’s “Let It Go” power ballad from Frozen a hundred times before, we guarantee you’ll find yourself singing along by the end. You just might even find yourself empowered to focus on letting go of any stress that’s been plaguing you and focusing on the good things in life right now!

If you’re a 1990s kid, there’s no doubt you grew up singing along to The Little Mermaid’s “Under the Sea” with Sebastian! This Calypso-inspired Alan Menken song will have you dancing along by the end of the intro!

If ever there were a song to remind you to stop worrying, “Hakuna Matata” is it! Let Timon, Pumba, and Simba serenade you with this super popular Disney classic from 1994’s The Lion King. Remember, “It means no worries, for the rest of your days…”

Recent Walt Disney Animation Studios feature, Moana, features lots of great music. Auli’i Cravalho’s vocals on “How Far I’ll Go” are especially inspiring, though. Let yourself drift away to the islands as you listen to this uplifting Disney movie hit.

1994’s Toy Story has turned into an entire franchise for Disney Studios. The original movie’s soundtrack featured Randy Newman’s “You’ve Got a Friend in Me,” which is guaranteed to improve even the most depressing days. Who can be sad thinking about Buzz, Woody, Rex and the rest of the Toy Story gang?

Pixar’s 2017 Coco is a touching film with an incredible soundtrack. No mood-boosting Disney movies playlist would be complete without “Remember Me,” performed by Miguel and Natalia Lafourcade (unfortunately, Ernesto de la Cruz was unavailable to do his own vocals).

What’s your favorite song on this uplifting Disney playlist? Tell us in the comments!

Comments Off on Lift Your Spirits Right Now With This Feel-Good Disney Playlist!