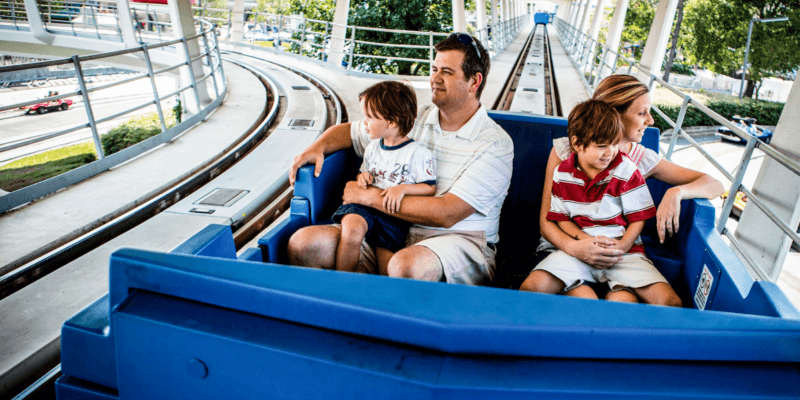 In two new lawsuits against Walt Disney World, two Florida residents are claiming they were injured in collisions on Magic Kingdom’s PeopleMover–both of which, took place within days of one another in 2018.

The separate lawsuits filed in Orange Circuit Court last week are both seeking more than $30,000 in damages and were filed by Stacy Burdick of Pasco County and Eric Cintron of Broward County.

Burdick, who’s lawyer says she required spinal surgery on account of her injuries, was said to have been riding the beloved attraction on June 23, 2018 and was facing the rear when it unexpectedly stopped early and then restarted again and crashed into another ride vehicle.

“The tram in front of her remained stationary, the two trams collided, and Stacy was seriously injured,” wrote Jim Mancuso, Burdick’s lawyer, in an email to the Orlando Sentinel. “Because of the malfunction in the ride, Stacy had to have spinal surgery and her life has been turned upside down.”

On June 27, only a few days after Burdick was injured on the ride, Cintron was injured due to similar circumstances, the attraction abruptly stalling and then restarting again and crashing into another ride vehicle.

Cintron’s suit did not detail his injuries nor did his lawyer comment on the suit. Disney has also not commented on any of the allegations regarding both lawsuits involved with the attraction.

These are not the first lawsuits in recent years regarding the iconic Disney World attraction. As we previously shared in 2019, multiple guests came forward in lawsuits alleging injuries they had also faced while experiencing the attraction.

The Tregido family experienced the attraction in June 2015 when they were on vacation from New Jersey with their two children. In their lawsuit, it was stated that during their experience on the ride, “the cart containing the Tregidgo Family began to move throughout the Magic Kingdom Park when it suddenly came to an abrupt stop in the darkness of the Space Mountain attraction.”

“After the cart containing the Tregidgo Family came to a stop, it was struck from behind by a trailing cart,” the lawsuit said.

On account of injuries sustained during the crash, Heather Tregido required two orthopedic surgeries that cost more than $175,000 in medical bills, according to her Winter Park attorney Robert Hemphill, who was handling the case with California attorney Barry Novack.

In the second lawsuit filed March 1, 2019, Kristie Deieso, who visited the attraction from New York on a girls trip, says she was injured when the attraction’s cars collided in February 2017.

Her attorney Brian Wilson said the ride had just begun and then unexpectedly stopped about 100 yards from the station. And in court documents, it was reported that the next tram slammed into Deieso’s cart.

Wilson also said Deieso injured her neck and shoulder, eventually requiring surgery to fix problems from a herniated disc in her neck.

According to court records, Deieso has since voluntarily dismissed her lawsuit as of last month. However, the Tregido’s suit is still pending in court.