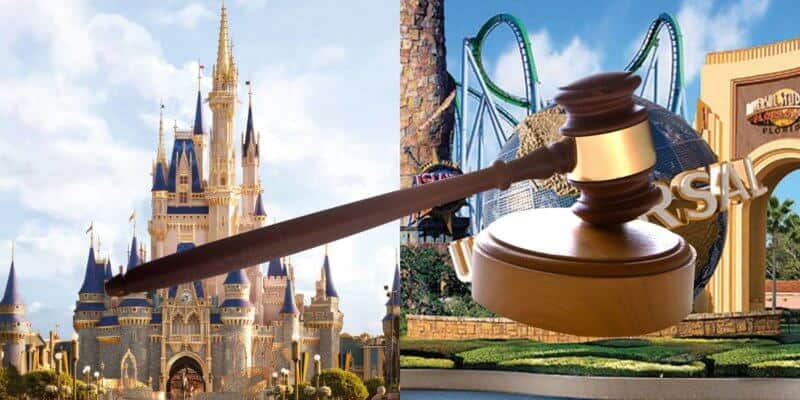 A 16-year-old high school student who visited both Walt Disney World and Universal Orlando for spring break is suing a Wisconsin sheriff who she says threatened her with jail  if she didn’t remove social media posts saying she had COVID-19.

Allegedly, Marquette County Sheriff Joseph Konrat and a patrol sergeant went to the home of Amyiah Cohoon of Oxford, Wisconsin last month and demanded that her Instagram posts depicting her experience with a severe respiratory illness be deleted–a respiratory illness with symptoms matching those of the current pandemic. Cohoon claims her and her parents were told if she hadn’t deleted the post, Cohoon and her parents would have faced arrest, according to the suit filed by the Wisconsin Institute for Liberty against Marquette County Sheriff Joseph Konrath and a patrol sergeant.

However, Samuel Hall, the sheriff’s attorney, says no one was threatened with arrest. He says the girl’s messages “caused distress and panic within the school system and law enforcement acted at the request of school health officials in a good faith effort to avoid unfound panic.”

Cohoon, came down with the illness during a spring break trip to Florida, where she visited Walt Disney World and Universal Orlando, according to the suit. She did test negative for the disease, but her attorney said that doctors told the girl’s family she likely had the virus but missed the window for testing positive.

Reportedly, Cohoon posted two posts on Instagram telling of her suffering with the disease. The first was posted on March 26 showing her looking out a window with the message, “i won’t be back for a while longer due to me… having the COVID-19 virus…I dont want the attention it’s just the truth.

The second post, which the sheriff’s deputy had a screen shot of and demanded removal of, according to Cohoon’s attorney, depicted the 16-year-old in an oxygen mask with the caption “Winning the fight with Covid-19.”

According to Orlando Sentinel, Cohoon’s parents contacted multiple staff at the school to warn other parents whose children had been on a spring break trip to Florida with her between March 7 and March 15.

However, it’s alleged that the school district administrator contacted the county sheriff, who is believed to have sent a deputy to Cohoon’s home on March 27–the date Cohoon claims the sheriff and deputy threatened her and her parents for disorderly conduct and jail time if she didn’t remove the Instagram posts.

The same day, the school administrator sent a message to school district families saying “there was a rumor floating out there that one of our students contracted COVID-19 while on the band trip to Florida two weeks ago.” and “there is NO truth to this,” according to Orlando Sentinel. Additionally, it’s said the message called her posts a “foolish means to get attention” and that “the source fo the rumor has been addressed.”