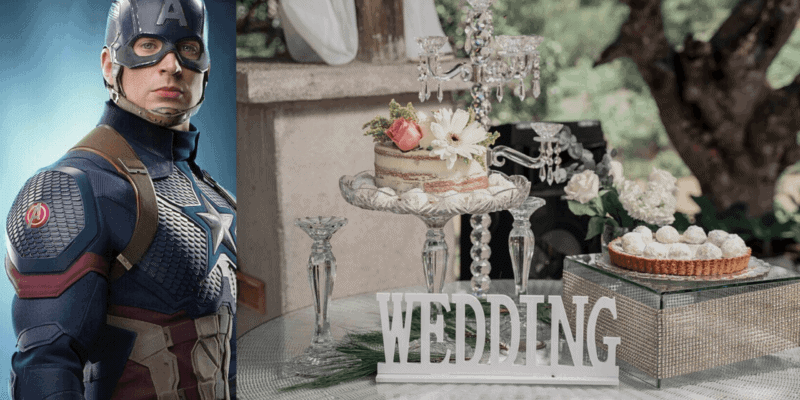 Captain America (or “America’s Ass” if you’ve seen Avengers Endgame) has gone down in history as one of the most popular characters thanks largely to Chris Evans and his portrayal of the character in the Marvel Cinematic Universe.

I was always Team Iron Man myself but it’s safe to say that Cap redeemed himself during the course of the last two Avengers movies. That being said, Captain America has some great fans out there. A woman who had just had her wisdom teeth removed took her love for Captain America even further when the drugs kicked in and she thought she had married the guy.

Check out this hilarious video that was captured by her friends below:

In the video, Janelle doesn’t want to receive any of the treatment from the experienced professionals in the room until she thinks that Captain America is there with her to help. To be fair, her t-shirt does give away the fandom a bit, and despite admitting earlier to not being the biggest Cap fan, I do have that exact same t-shirt.

My favorite part of the whole video is when they try and fob off the Vibranium shield as a stack of paper and even a drugged up Janelle isn’t onboard. Besides, I am pretty sure Peggy Carter would have something to say about someone else marrying the Cap! I wouldn’t want to get on the wrong side of Agent Carter.

While the entire thing is a bit of a fun prank, I love how Marvel has managed to reach so many new types of fans through the MCU over the years. When I was growing up and reading comic books it was seen as the uncool and geeky thing to do. Now reading the likes of Captain America, Iron Man, Spider-Man, and Guardians of the Galaxy comics is a cool thing to do!

I’d love to hear your favorite Marvel memory in the comments below. Let us know and help spread the joy during this difficult time.