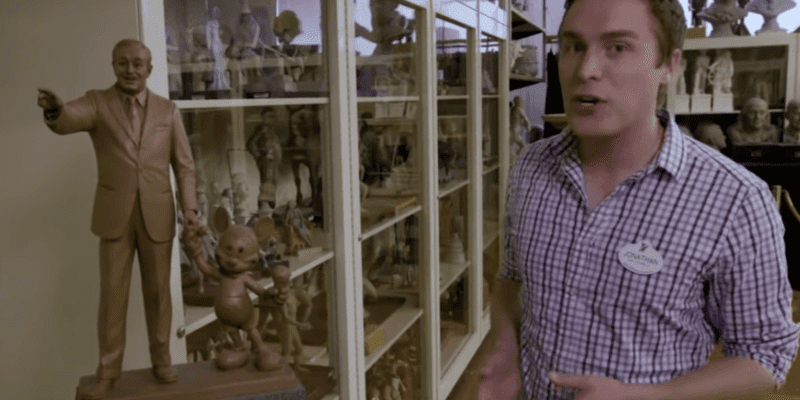 Last week, we reported that the Walt Disney Company’s usually secretive Imagineering Department will be giving Disney fans a glimpse into their headquarters in a new online video series entitled, “A Virtual Tour of Walt Disney Imagineering.”

The first video in the new series was a brief look at the Imagineering building’s lobby. Now, in Part 2 of the Imagineering virtual tour, viewers get to visit the Blaine Gibson Sculpture Studio. This space is arguably the heart and soul of Walt Disney Imagineering.

Gibson, who passed away in 2015 at the age of 97, was a truly legendary figure in the Walt Disney Company. He understood Walt’s vision for the Disney theme parks and crafted the busts that would become Pirates of the Caribbean‘s swashbucklers, the Haunted Mansion‘s 999 ghosts, and the historical figures in the Hall of Presidents.

It is only fitting that Blaine Gibson’s name graces the Imagineering Sculpture Studio today. This division of Walt Disney Imagineering wouldn’t be what it is now without him.

Fans are also given a glimpse into how modern technology is beginning to shape Disney sculpting. Friday has an impressive Disney Parks resume, working on attractions like the upcoming Disneyland version of Mickey and Minnie’s Runaway Railway and Tokyo Disney’s Happy Ride With Baymax.

Anyone who loves the stories behind Disney Parks attractions and movies will love this Disney Imagineering video tour! Imagineers are the creative force behind all things Disney theme parks and this rare look inside their domain is a treat. 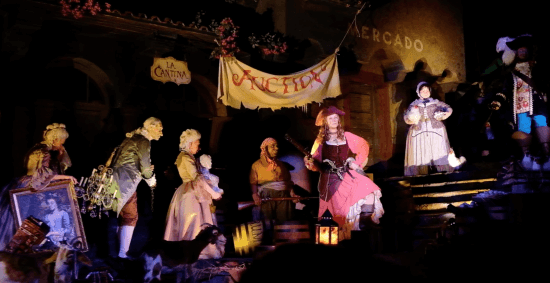 What are your favorite Disney theme park design elements? Do you love the audio animatronics at Disneyland? Are you partial to the immersive theming at Star Wars: Galaxy’s Edge? Tell us in the comments!

Comments Off on Join Imagineering’s Creative Director on an Amazing Tour of the Sculpture Studio!