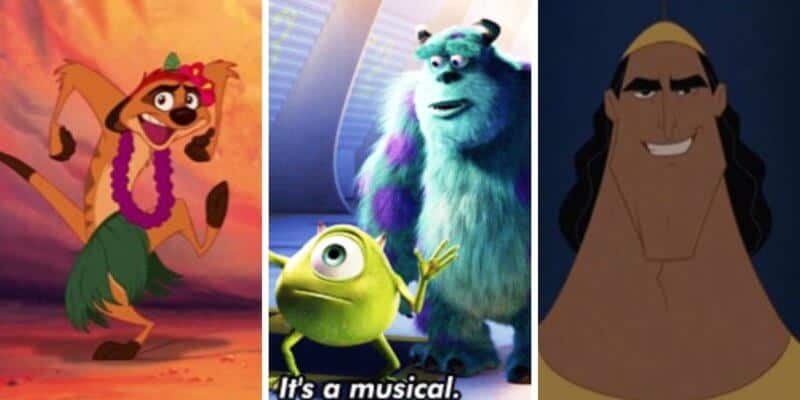 That is why we decided to put together a list of the funniest scenes in Disney films — Guaranteed to put a smile on your face this April Fool’s Day. From Timon in The Lion King to Kronk in Emperor’s New Groove, all of our favorite funny Disney scenes are compiled into one list below.

So grab the popcorn, sit back and relax, and get ready to laugh!

Timon and Pumbaa Become The Distraction In The Lion King

Simba needed a decoy in order to sneak past the hyena’s in Disney’s Animated Classic, The Lion King, so why not put Timon and Pumbaa up to the test? — Lūʻau!

When Woody and the rest of the gang are gathered around the phone to find out what toys Andy is getting for his birthday, the second birthday present is, according to the Green Army Men, bedsheets. That is when Mr. Potato Head says exactly what everyone else was thinking — “Who invited that kid?”

Grandmother Fa instantly fell in love with Shang when he showed up at Mulan’s house at the end of the film. Saying some of the most iconic lines ever — “Sign me up for the next war” and “Would you like to stay forever?”

When Maximus Punches Flynn Behind Rapunzel’s Back

And then he laughs about it.

Put That Thing Back Where It Came From

It’s a musical! — This scene is one of my favorites from the Pixar film, Monsters Inc.

What is your favorite funny scene from Disney films? Let us know in the comments below.