Discover the Evil Queen's Backstory in This FREE Disney Book! - Inside the Magic 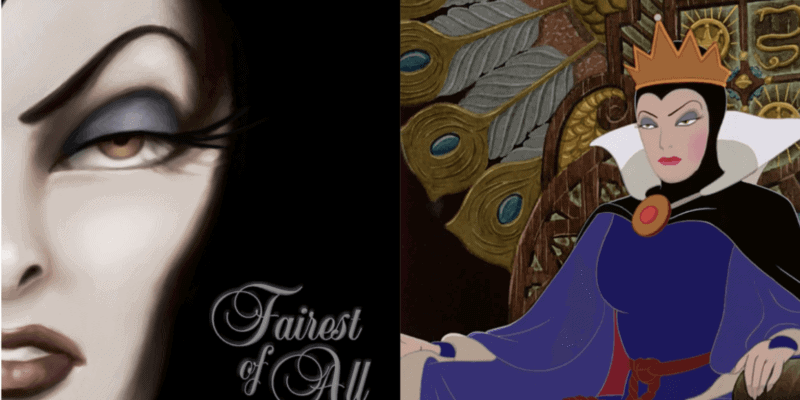 When we meet the Evil Queen in Walt Disney’s 1937 classic, Snow White and the Seven Dwarfs, she’s already become a tyrannical ruler out for Snow White’s blood. This is, of course, only part of the story. Everyone has a past, even the Evil Queen.

Now, for five days only, Disney is offering a free e-book download of Fairest of All: A Tale of the Wicked Queen.  This young adult Disney Press novel tells the story of Snow White’s Queen Grimhilde before she became the Disney villain we love to hate today.

Author Serena Valentino said, “I think Disney fans will enjoy all the little nods to the original animated film. I love really getting to know these characters and exploring why they did the evil things they did. I love dreaming up the backstories of characters I have loved since I was young and finding ways to make them feel more real and relatable.”

The latest addition to the dark Disney book series, which debuted in 2009, is Evil Thing. Expected to release on July 7, 2020, this Serena Valentino novel will tell the story of how Cruella de Vil came to be the villainous icon we get to know in 101 Dalmations.

Even though these Disney villain backstories are intended for YA readers, they’re also great quick reads for adult Disney fans. The free ebook download of Fairest of All is only available through April 26, so don’t miss out!

If you’re a Disney villain fan, you won’t want to miss the upcoming Dark Horse comic series featuring Ursula. In this graphic novel series, readers will uncover how Ursula came to become the twisted character she is in The Little Mermaid. Spoiler alert: Things may not be exactly as they seem with the Sea Witch!

Star Wars fans should keep their eyes peeled for more information about the rumored Disney+ series that will tell Darth Maul’s backstory. One of the most infamous villains in the Star Wars universe, Darth Maul was Darth Sidious’s protege. A streaming series exploring their intriguing relationship might momentarily convert even the most loyal Jedi followers to the Dark Side.

Comments Off on Discover the Evil Queen’s Backstory in This FREE Disney Book!