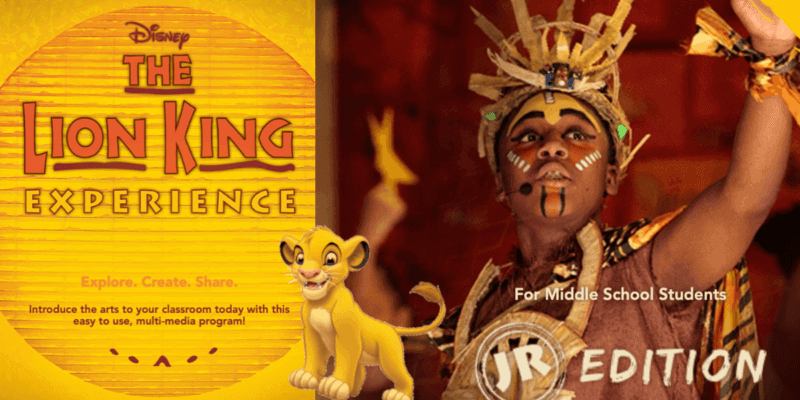 If you or someone you know in the age range of eight to fifteen years old has an interest in pursuing theatre, this free Disney children’s theatre offering is for you!

Disney Theatricals Productions — also known as Disney on Broadway — created an educational curriculum that was previously only offered for in-classroom learning. Now, this immersive arts experience called The Lion King Experience, has been released as a free and virtual course. It is available to all students, parents and teachers who want to learn music theatre skills from the comfort of their homes.

Adapted as a theatre education program that is taught through the lens of Disney’s The Lion King, this program launched in 2015 was the first of its kind. Never before had a hit Broadway musical developed a specialized program meant for young children to perform their own small-scale adaptations of the show.

The program is meant to challenge young students through teaching them theatre skills in the following areas — directing, technical theatre, play writing, designing, production and reflection to name a few.

Now Unlocked For Learning At Home

Looking for other family activities to pass the time during self isolation at home? Check out these articles below for activities that children of all ages can participate in!

-Stuck at Home? Kids Can Become Mini Imagineers with Disney’s “Imagineering in a Box”

Will you be taking Disney Theatricals: The Lion King Experience while you’re at home?