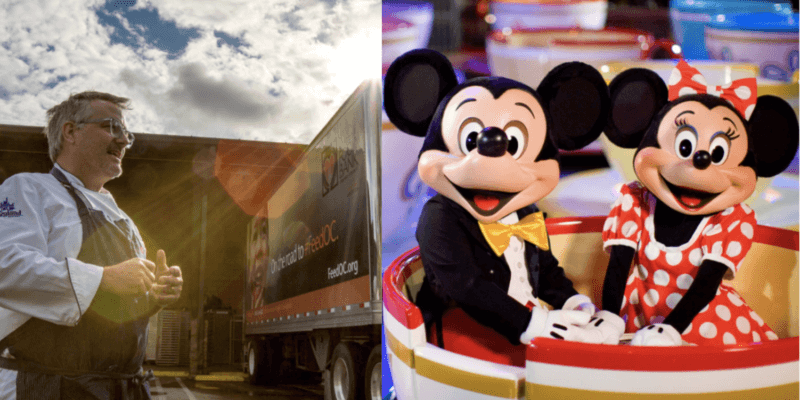 Although the Disney Parks are currently closed, Cast Members at both Walt Disney World Resort in Florida and Disneyland Resort in California are spreading magic to not only their local communities, but to people affected by the coronavirus pandemic around the country.

In a @DisneyParks Tweet today, the Disney team shared just a few of the ways they’ve been supporting both Central Floridians and Disney fans all over the United States. We’ve highlighted a few Disney Magic Moments here. Watch the full video at the end of this article!

To bring a touch of Disney magic (we see you, Mickey cookies!) to medical professionals on the front lines of COVID-19 treatment, the Disney World team has donated over 87,000 cookies and other snacks. The treats have been given to first responders in hospitals, police stations, and other facilities.

, thousands of meals that were supposed to be for the runners were already being processed and prepared. Instead of letting the nearly 13,000 meal boxes go to waste, Disney donated the food to help hungry families in the Atlanta, GA area.

One of our favorite ways Disney has given back during the coronavirus outbreak is the Disney Parks Horticulture Team’s donation of 200 Easter Lilies to the Osceola Council on Aging. The agency gave these beautiful lilies to nursing home residents on Easter Sunday, brightening their holiday immensely!

Photos of some of the elated residents are in the full Disney Parks video about their recent charitable endeavors.

Obtaining N95 masks has been notoriously challenging for medical professionals around the globe throughout the current pandemic. When Disney Parks officials heard about this problem, Cast Members worked together to coordinate the donation of 35,000 N95 masks to MedShare.

As per MedShare’s Wikipedia page, the “national non-profit organization…recovers surplus medical supplies and equipment from U.S. hospitals and manufacturers, and redistributes them to needy hospitals in developing countries.”

When the Disney World team learned that nurses and doctors can wear rain ponchos to prolong the lifespan of their uniforms and protective gear, they leaped into action and donated over 150,000 ponchos to the MedShare organization.

These ponchos will help medical caregivers around the world stay safe as they treat patients who have COVID-19.

During this unprecedented time, Cast Members across the @WaltDisneyWorld Resort have been working their magic to make donations across our Central Florida community and beyond. #DisneyMagicMoments pic.twitter.com/srBwUZRne3

Other Disney Properties Give Back

In addition to Walt Disney World, other Disney properties around the world have also been giving back to their communities amid the current viral outbreak.

Aulani, A Disney Resort and Spa was the last Disney property to temporarily close and almost immediately gave all excess perishable food to Aloha Harvest, a local food distribution organization.

In an April 7 #DisneyMagicMoments post, the Disney Parks team shared how they celebrated healthcare workers around the globe on World Health Day. Disney’s commitment to honoring health heroes included lighting Cinderella’s Castle at Disney World blue for hope and sharing “Thank You!” and “Gracias!” messages at Disneyland and Disney California Adventure.

Even during these trying times, it is encouraging to see that the Walt Disney Company is spreading pixie dust however they can. We’ve said it before and we’ll say it again, Cast Members are the true heart of Disney magic, both in and out of the theme parks!

We at ITM love seeing Disney giving back during the pandemic. Tell us your favorite charitable acts or nonprofits in the comments!