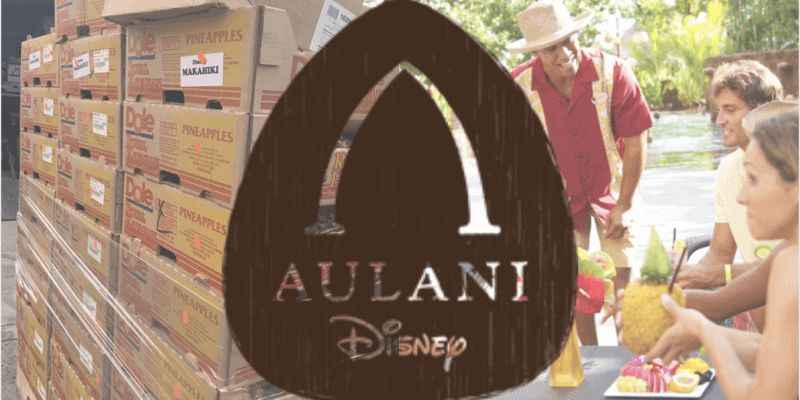 Disney’s Aulani Resort in Ko’Olina, Hawaii may be temporarily closed, but that hasn’t stopped its Cast Members from giving back to their local community. Like other Disney parks around the world, including Walt Disney World, Disneyland, and Disneyland Paris, Aulani’s management team has chosen to donate perishable food to a local organization.

In this case, the beneficiary was Aloha Harvest, whose motto is “Rescuing Food to Feed Hawaii’s Hungry.” Aloha Harvest was founded by the Hau’oli Mau Loa Foundation in 1999 in an effort to provide sustenance for Hawaii’s homeless population and families facing poverty.

Aloha Harvest’s Executive Director, “Phil” Augustus Acosta, said of the Disney resort’s donation, “Donations like this are so important during times of uncertainty. This food helps ensure that people who are already faced with hunger continue to receive resources.”

Aulani, A Disney Resort & Spa, closed on March 24. The Hawaiian Disney property’s original plan was to reopen on March 31, but it has now been closed until further notice, like Disneyland Resort, Walt Disney World Resort, and the Disney Vacation Club locations in Hilton Head, SC and Vero Beach, FL.

Typically, Guests who visit the Aulani property eat very well. As per the Disney Parks Blog, their recent food donation included fresh fruit and vegetables such as pineapples, watermelons, lemons, lettuce and onions, bread and milk products, and treats including cupcakes, cookies and popcorn.

The families and individuals who benefit from Aloha Harvest’s food rescue efforts are sure to appreciate this gesture from the Walt Disney Company. Over the last week, Aulani’s kitchens have donated over 7,000 pounds of perishable food items.

Disney’s Aulani General Manager, Kimberly Agas, said in a Disney blog post, “Over the past nine years, Aulani Resort has contributed to the community in a number of ways. That’s why during these unprecedented times, this donation was the kindest and most heartwarming decision to make.”

Tell us your thoughts about Aulani’s charitable donation in the comments!

Comments Off on Disney’s Aulani Donates Food to Aloha Harvest, Helping Those in Need