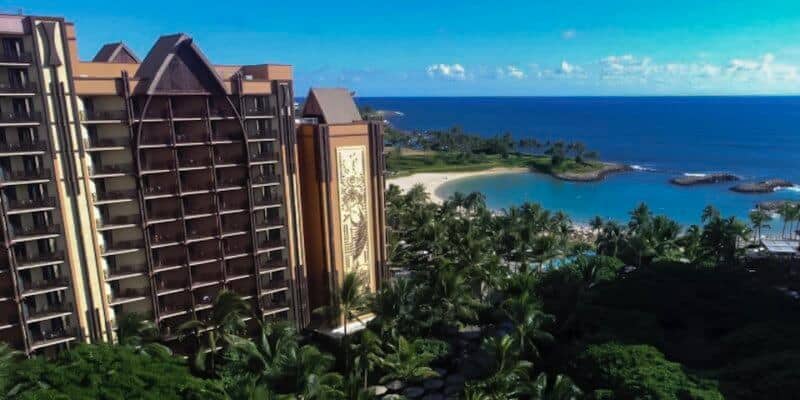 It was just announced today that Aulani, A Disney Resort & Spa in Ko Olina, Hawaii will be temporarily closing due to pandemic concerns.

Initially the Disney Resort in Hawaii, Aulani, had announced some changes in their reservations to adjust to the spread of the current pandemic.  Up until March 21, 2020, Aulani has remained open leaving it the last of the Disney Resorts to stay open.  Today, it announced that beginning on Tuesday, March 24th, 2020, the resort will be closing until Tuesday, March 31st.  The resort is giving guests the next few days in order to make travel arrangements or book other accommodations.

One by one, mainland states have started issuing curfews and stay-at-home orders.  A couple days ago, Hawaii started shutting down restaurants and bar, as well as, other facilities such as public parks and attractions.  Seeing this, it can be assumed that the state is preparing for a more wide spread governance of self isolation.  This is in order to protect the health and wellness of the residents of Hawaii.

According to Disney, Aulani will start waiving cancellation fees for reservations for those that are impacted as well as those through June 30, 2020.  If you have booked resort rooms or packages with arrivals between March 24-31 through Disneyaulani.com or The Walt Disney Travel Company, you can call (866) 443-4763 to reschedule for a future date. On Tuesday, March 24, 2020 at 5 p.m. those reservations booked through Disney will automatically be cancelled if arrivals are during the closure period.  Those who have booked a trip through a travel agent should work with that travel agent to reschedule for a later time.  For any other reservations not in relation to Disney, such as, airlines or rental cars, please refer to appropriate company for cancellation policies.

Inside the Magic will continue to update our website with the most up-to-date information regarding the closures of Disney Parks and Resorts around the world. Stay safe and healthy, everyone.

Comments Off on Aulani Temporarily Closing Due to Pandemic Concerns