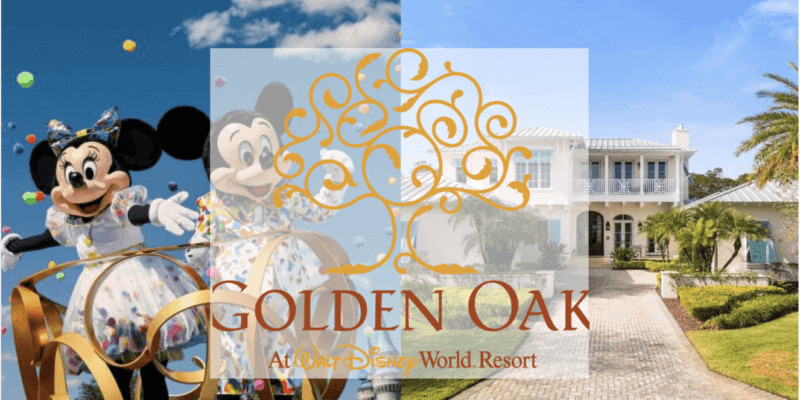 Who hasn’t daydreamed about living at Golden Oak? The private community near Walt Disney World offers a host of benefits to fulfill the wildest dreams of any Disney Parks lover, including a unique annual pass known as the “Golden Oak Resident Pass.”

Designed by Imagineers, the Golden Oak community at Walt Disney World Resort has a private clubhouse and two exclusive on-site restaurants, Markham’s (named after Marty Markham from the Spin and Marty series of cartoon shorts) and Bolton’s (which bears the name of the main character from Walt Disney’s 1968 film, The Horse in the Gray Flannel Suit).

Even Golden Oak itself is named after a location that was crucial to the early days of Walt Disney Studios. Golden Oak Ranch in California is where Walt and Roy filmed many of their early films and the original version of The Mickey Mouse Club!

Now, several residences in the exclusive Disney World community are on the market! Talk about Disney dream homes. Each of these Golden Oak houses has magical Disney features and some of the most gorgeous overall interior design we’ve ever seen!

These homes for sale at Golden Oak are proof that Disney decor can be sophisticated. Take a step inside…

The least expensive home on the market at Golden Oak currently, this 3,689 square foot residence has 5 bedrooms and 6 bathrooms. It is currently listed for $2.69 million. Our favorite feature of this house? The Mickey Mouse gate in the basement!

You won’t believe the inside of this Golden Oak residence that boasts 6,331 square feet. The stunning interior features a primarily white color scheme with calming aqua blue accents (and check out the wine fridge!) Priced at $4.95 million, this home features 6 bedrooms, including Mickey and Minnie themed kids’ rooms, and 7 bathrooms.

Our favorite feature, though, is the lanai. It isn’t hard to imagine sipping a cocktail from a Disney Parks resort or Disney Cruise Ship while lounging by the crystal clear pool! Aaah.

The last move-in ready Disney Golden Oak house on the market right now is this 6 bedroom, 8 bathroom gem, listed at $5.45 million. We’re obsessed with the subtle Disney home decor touches throughout this house (check out the Mickey face rug under the dining table!)

We also love the not-so-subtle Disney decorations in this house. The poolside mural features underwater Disney and Pixar favorites, including Crush from Finding Nemo and Flounder from The Little Mermaid!

Inside, this Walt Disney World-area home has a Mickey film reel mural in the media room. Also, keep your eyes peeled for a piece of Club 33 memorabilia!

Disney’s Golden Oak website also lists a number of pre-construction houses you can purchase from their own real estate group. The Golden Oak at Walt Disney World community is continuing to grow, with the addition of the Residences at the Four Seasons Resort Orlando and The Cottages at Golden Oak. We know we’re ready to become Golden Oak residents!

Which of these gorgeous Golden Oak homes for sale would fit into your Disney dream life? Tell us in the comments!