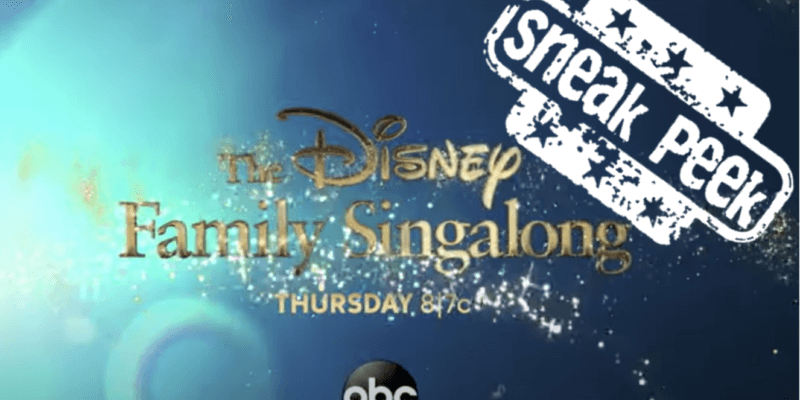 Last week, Disney announced they were hosting a Disney Family Singalong TONIGHT at 8PM EST. Now, we’ve gotten a sneak peek at the fun we’re in for this evening!

Derek Hough and longtime girlfriend, professional dancer Hayley Erbert, are joined by Derek’s sister, Julianne Hough, to perform “Be Our Guest” from Beauty and the Beast.

The talented trio sings and dances their way through Lumiere’s iconic number with a little help from FaceTime!

The Hough siblings, Ebert, and the rest of the Disney Family Singalong cast will be broadcasting from home, so fans will get a glimpse into their favorite Disney stars’ houses in addition to enjoying their song and dance routines!

Even the High School Musical crew, including Zac Efron and Ashley Tisdale, will get in on the fun from their homes!

The stars’ families are also set to take part in some of the Disney musical numbers, so you and your family won’t want to miss out on the shenanigans. Broadway star and actress, Kristin Chenoweth, is even set to lead viewers in a vocal warm-up before the show, so your vocal chords will be ready to go!

We can’t wait to tune into ABC tonight for the Disney music extravaganza! Has this Disney Family Singalong sneak peek gotten you excited for the show?

If you’re a Disney music lover, you also don’t want to miss the upcoming Disney on Broadway 25th Anniversary Celebration. After a brief hiccup, the televised special celebrating Disney Broadway music is back on! Stay tuned to Inside the Magic for updates on the show, including the new air date.