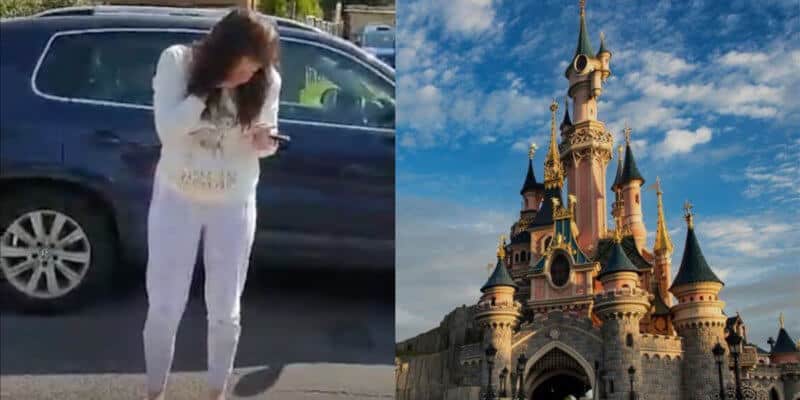 In a new video circulating the web, a single mom can be seen bursting into tears after finding out her community raised thousands of dollars for her and her daughter to go to Disneyland Paris as a thanks for her generous work in her community.

Georgie Tindall, a generous mother and the receiver of this enchanting trip, recently came into dark times after having to leave her four-year-old daughter behind with her parents while she continued to work during the pandemic. Tindall had to leave her daughter with her parents due to the fact that her daughter has asthma, which if combined with the viral illness, could become fatal.

After temporarily parting ways with her daughter, Tindall began feeling empty inside. Although, during this time, she also came across videos of nurses crying outside of supermarkets, which strongly affected the single mother. And instead of groveling in her sadness, she decided to do something good: a food delivery to Frimley Park Hospital.

According to Bracknell News, since this initial delivery, Tindall continued working hard in her community to help people during the health crisis.

“I was feeling sorry for myself, so after seeing videos of nurses crying outside supermarkets, I decided to put that first post up about doing a food delivery to FPH. The perfect distraction from the empty feeling I had being away from my child. I honestly thought at the time it would be one delivery, I never thought we would end up achieving so much as a community,” said Tindall.

Reportedly, Tindall has been non-stop in her desire to help collect food and other essentials to deliver to GP surgeries. Additionally, the single mother also helped distribute PPE visors to hospitals and made care packages with cosmetics and toiletries.

From all this help Tindall gave to the community, they felt the need to pay her back. So four women in Ascot decided to come together to set up a fundraising campaign to fulfill Tindall’s wish of taking her daughter to Disneyland Paris.

After setting up a GoFundMe page, the women were able to raise over £4,000 to put towards Tindall’s trip. The group was able to raise the funds by posting it on a community page which they had removed Tindall from.

To see the full video click here. (But grab those tissues first!)