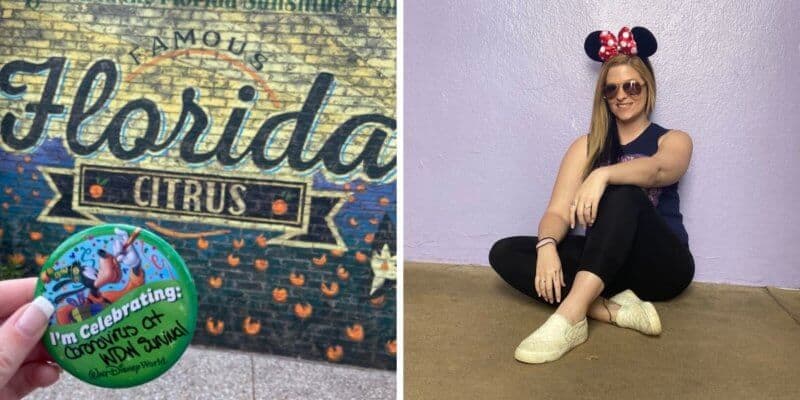 Before I even stepped foot out of my home in New Jersey to head on my Florida vacation, the coronavirus, also referred to as COVID-19, was taking over. Every single news channel had coverage on the virus for weeks leading up to my Walt Disney World Resort vacation, NYC was already taking preliminary precautions around the city to protect citizens from the virus, and the airline which I was flying on had emailed me several times letting me know the disinfectant procedures they were taking.

But going into this vacation I was confident both my fiancé and I would be safe, especially traveling to Walt Disney World (we also made sure to pack extra hand sanitizer and disinfectant wipes) but little did I know what was really in store for us ahead.

The first few days of our Walt Disney World Resort vacation went extremely smoothly. We were able to ride all of the attractions we wanted, visit some of our most beloved Disney characters, and dine at incredible restaurants on property. We even noticed all of the disinfectant and safety protocols The Walt Disney Company was doing to keep their guests as safe as possible — Hand sanitizer dispensers located throughout the Disney theme parks, Cast Members wiping down hand rails, and newly installed hand washing stations for the Disney guests. But not even that could stop the scare of the coronavirus.

We were only on day two of our Disney World vacation when the news broke that Disneyland Resort in California would be shutting down. We knew right then and there, Disney World wouldn’t be far behind.

And what would you know, we started getting notifications on our phones that Walt Disney World would be closing their Florida Disney theme parks as well, beginning within just a few days. I was sitting with my best friend, who is a current Cast Member, and even she wasn’t sure what would happen next. This was all happening so fast and no one really knew what to expect. (Read more on Walt Disney World’s closure announcement here.)

But, I have to say, even though at first it was a bit stressful since it was a lot of “unknown” initially — and there were plenty of guests who were understandably upset — The Walt Disney Company handled everything so well and tried their absolute best to accommodate everyone while keeping safety as their number one priority.

Our biggest concern during all of this was whether the Disney resorts would be staying open until we left (at the time of the announcement it was “until further notice” and we still had a majority of our Disney vacation remaining so we weren’t exactly sure what that entailed). We also wanted to know how our current dining reservations would play out. So, once we left the theme park for the day we made our way back to Port Orleans Riverside to try and get some answers. And just as Disney does best, the Cast Member at the front desk of Port Orleans Riverside was so helpful and answered all of our questions.

Related: Every U.S. Theme Park and Amusement Park Closing Due to Coronavirus

After the immediate commotion died down a bit, we decided to make the most of our vacation while we still could and hit up the theme parks Friday, Saturday, and Sunday. And the best part was that we were able to do everything we wanted plus so much more! For the most part, the Disney parks were quieter than we had initially expected (for good reasons) and on our last day in the parks we were even able to get a boarding group to ride Star Wars: Rise of the Resistance (which was phenomenal by the way!)

When Monday came, pretty much everyone had already checked out — and no new families were checking in due to the coronavirus outbreak and the fact that the Disney theme parks were already closed — so the Disney resort was decently quiet. We went over to Disney Springs for a little bit to grab some dinner and bowl a few games at Splitsville. We also did some last-minute shopping and tried to take advantage as much as we could since we were still on vacation!

We checked out on Tuesday and had breakfast at Ohana, where the characters were so loving and interactive! The restaurant was pretty quiet so each Disney character spent more time at the tables with guests than usual, which was a great touch and a perfect way to end the vacation.

Related: From All of Us at ITM: Thank You, Disney Cast Members, For Everything!

But overall, the most important thing that I want to say — To all of the Cast Members, the College Programmers, and to everyone who has been affected by this — Stay strong. This wasn’t just sad news for the Disney guests, it was sad news for everyone in the Disney community.

I also saw a lot of unhappy guests, which I completely understand at this time of shock and disappointment, who were taking their anger out on the Cast Members, which I thought was a bit unfair as this is not their fault. But even with all of those obstacles, each and every Cast Member I encountered pushed that aside and still put a smile on their faces to make sure the guests were happy. And for that, I thank you. This is just a small bump in the road and we will get through this.

And to all of the guests who had to cancel and postpone their Disney vacations, there is something to look forward too. Once this is all settled down, you will be able to go back to the Disney Parks and enjoy your family vacation, without the fear of getting sick or catching COVID-19.

This is a story for the books, folks. We were part of Disney history!

Were you affected by the coronavirus outbreak? We want to hear about your experience!