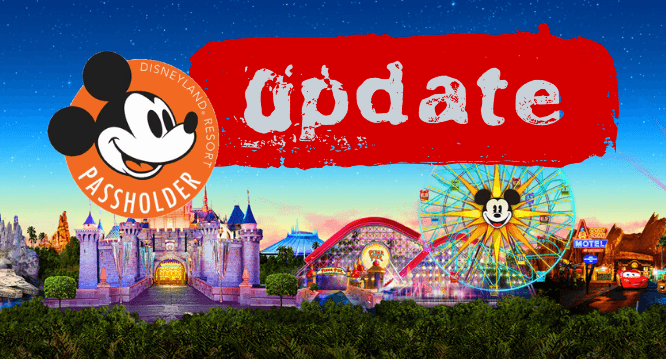 Disney has just released even more information  regarding how the temporarily park closures will affect Disneyland Resort annual passholders.

You can read the updated information below:

Given the necessary closure, all Annual Passholders who have Passports that are valid during the closure period, will have their Passport expiration date extended based on pass type and level of access due to the impacts of the closure. The extended date will be reflected on your Passport account prior to our reopening of the parks.

Annual Passholders on the monthly payment program will remain on the current payment schedule and continue to make their scheduled payments. These Annual Passholders will have their Passport expiration date extended based on pass type and level of access due to the impacts of the closure, and will not be required to make any payments during that extended period.

For Disney Flex Passholders, we will cancel reservations for the duration of the closure without penalty.

You may have read yesterday that DisneyParksNews on Twitter announced closures of the Disney Parks. There was an immense wave of sadness, followed by a bit of anger, panic, and depression. Many vacations were affected, both in real-time and in advance of some Guest’s departure. Here we are attempting to detail Disneyland Resort updates in terms of Guest vacations, accessibility, and Annual Passholder concerns. 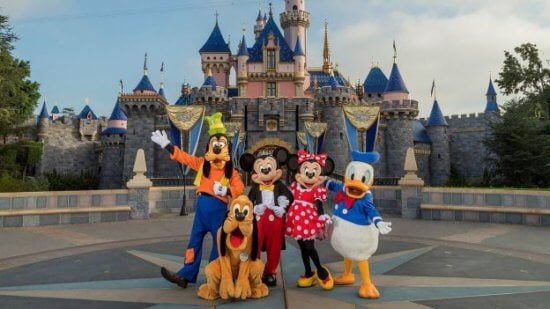 On Thursday, March 12, it was a dark day indeed for the Disney Parks in the Eastern Hemisphere (but we also love DLP, so we’re including it as a bonus). Disneyland Resort announced Parks closures, as well as Walt Disney World Resort, Disney Cruise Line and Disneyland Paris. Come Monday, there will be no Disney Parks open to Guests.  Many of the shopping and dining venues will continue to operate. Please read any of the above articles for more details about each individual closure and how it affects you. Various refund policies have been enacted. 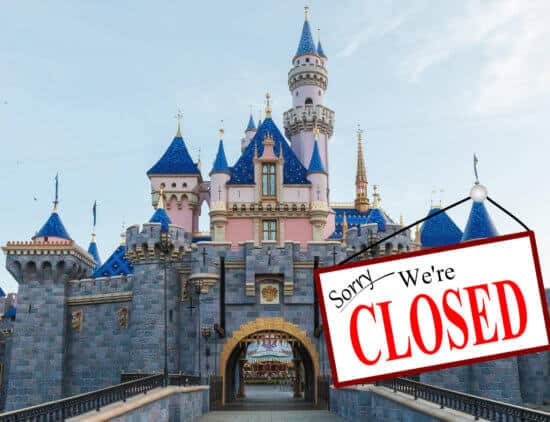 Guests have been concerned about the state of their annual passes as they watched Walt Disney World Resort make a formal announcement. In plain English, Walt Disney World Stated on their travel information page that Walt Disney World Annual Passes would be extended the same number of days that the Parks are affected by the closures, March 16th, 2020 to March 31, 2020.

Dear Disney, I would appreciate an annual pass Extenstion.

Later on in the day, Guests were gathering online and sharing experiences having called into Disneyland’s Helpline. Guest K. Hernadez reported that on Monday, March 16th, Disneyland will have more information for their Annual Passholders. For now, Disney Cast Members are dealing with Guests that have Hotel reservations and Tickets.

We called they said on Monday they will have more information regarding pass holders. For now it’s just for the people who booked hotel stays and bought tickets.

InsideTheMagic.net was told face to face by a Disneyland Park Guest Relations Cast Member that Disneyland Resort Annual Passes would indeed follow the same protocol and extend for the length of closure and that change fees would be waived. It’s not going to be fun to wait and see what Disneyland’s official statement says, but hopefully, this Cast Member’s information holds true.

Refunds and Changes in Plans for DLR

Disneyland Resort offers official statements and guidance here on their Travel Information page. If you are a Guest that bought a Hotel and Ticket Package with an Authorized Disney Vacation Planner, the vacation planner must call the call center to modify/cancel any reservations. Please contact your TA. If you bought a complete  Hotel and Ticket package from Disney directly, you will be able to get a refund for that package. Alternatively, if you bought only Parks Tickets, those tickets do not expire and you can use them at a later date.

At the bottom of the webpage, Disney asks that you call for cancellations by contacting The Walt Disney Travel Company at (714) 520-5050.