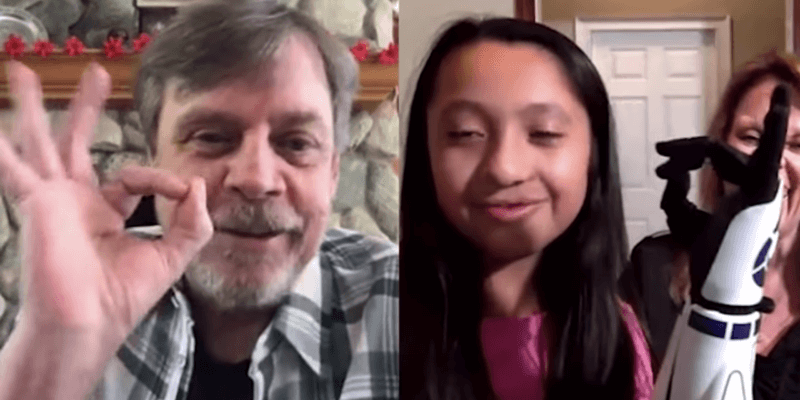 Star Wars fan and amputee, Bella Tadlock was trying to raise money for a new bionic prosthetic arm. Created by the company Open Bionics in bristol, the arm cost a whopping $14,000 and if successful, Bella would be the first person in the United States to receive the R2-D2 styled advance multi-grip arm.

Well, after she launched her fundraiser online, Mark Hamill found it. The Star Wars star decided to help this fan, and he took to twitter and shared Bella’s fundraiser with his 3.6 million followers.

Both Hamill and Bella’s efforts paid off and she is now the first person in the United States to be rocking Open Bionics’ R2-D2 “Bionic Hero Arm.” But the 11-year-old’s day kept getting better. After she received her new arm, Mark Hamill gave her a Skype call to see for himself.

Hamill told her that he was following her story on twitter. “Just this morning,” he said, “my daughter was showing me a video of you with your R2-D2 arm.” Bella showed off her new arm by using it to pick up bottles and give him an “OK” sign.

“That is great,” he exclaimed. “That is so fantastic. I’m so happy that you were able to have this happen for you.”

The call was set up by Open Biotics themselves who were rooting for Bella throughout her journey. But this isn’t the first time Open Biotics created this special moment!

Almost a year ago to the writing of this article, 11-year-old Cameron Millar received his Hero Arm, but he chose a BB-8 theme. Once again, Mark Hamill got involved. You can read our coverage of that story by clicking the link below.

It is only fitting that Luke Skywalker gets involved as young Star Wars fans receive their prosthetic arms. (SPOILER ALERT) Luke himself was an amputee after Darth Vader cut it off during Empire Strikes Back, and Luke’s father also received a few bionic prosthetics. While yes it was movie magic, the characters of Luke and Anakin prove that you can be an amputee and still be one of the most powerful warriors in all the galaxy. 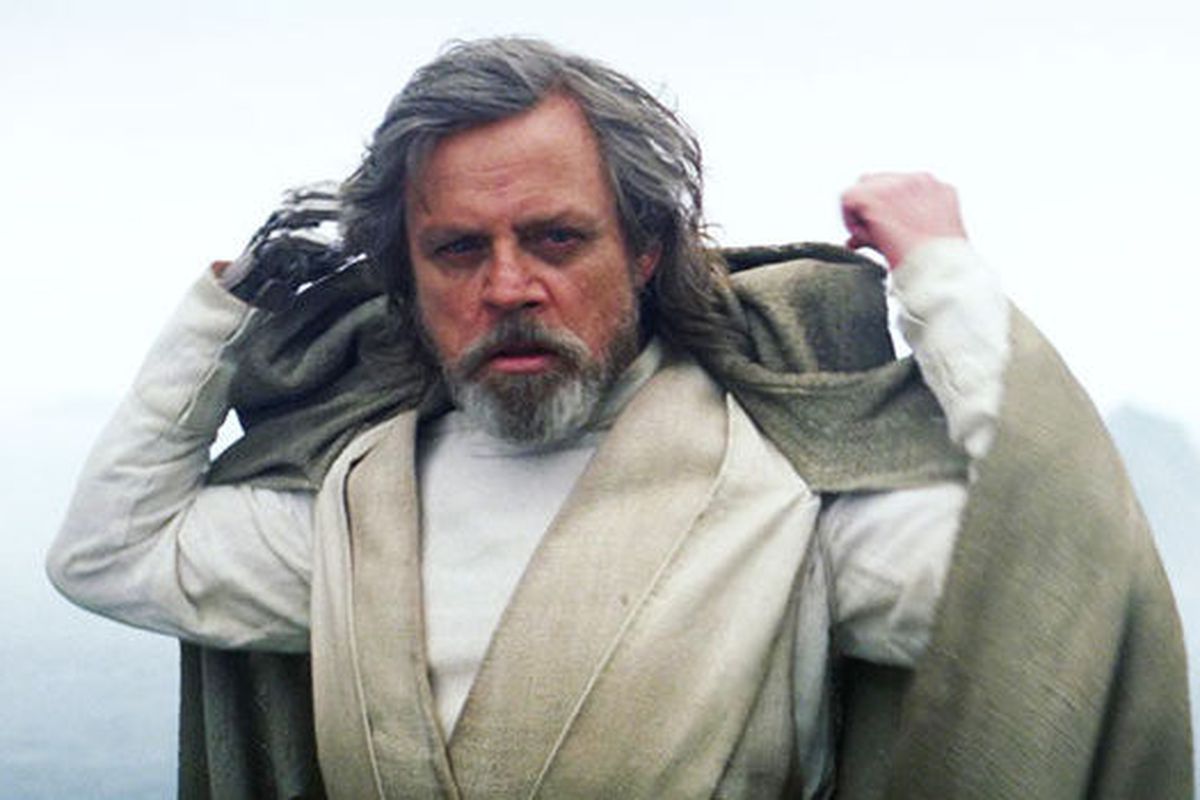