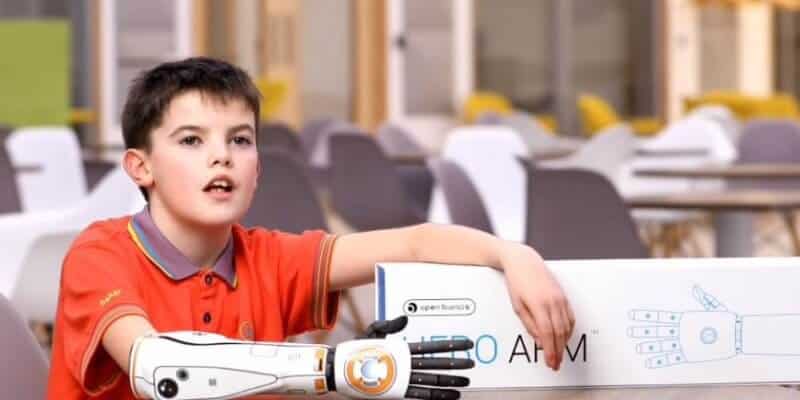 Hamill recently worked with the Open Bionics, recording an encouraging message of support for children in need of the device. Upon seeing twitter video of Cameron unboxing his device, Hamill sent a personal reply to the young Star Fan. 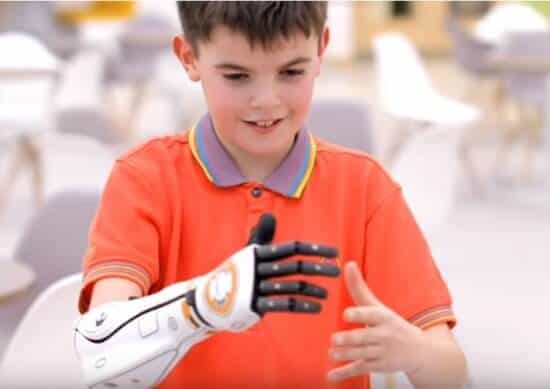 Open Bionics has perfected a useful and responsive 3D printed bionic “Hero Arm” for people with “upper limb differences.” This magical appendage allows them to grip, flex fingers and move the artificial hand just as they would a normal hand. 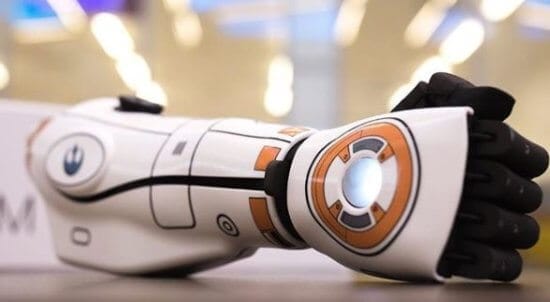 To help encourage children needing use of this device, Mark Hamill stepped in and recorded a special message of encouragement:

“Remember, Luke lost his hand to Vader, but that didn’t stop him from defeating the Empire.

“So have courage, be determined, and always remember that your limb difference is your very own superpower.

“And may the Force be with you all.” -Mark Hamill (via Guacamoley)

Bionic arms work by picking up signals from a user’s muscles. When a user puts on their bionic arm and flexes muscles in their residual limb just below their elbow; special sensors detect tiny naturally generated electric signals, and convert these into intuitive and proportional bionic hand movement. The bionic hand is controlled by tensing the same muscles which are used to open and close a biological hand. – open bionics 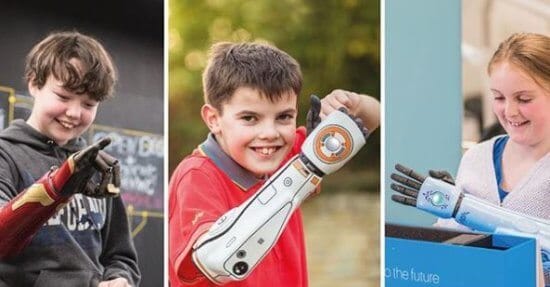 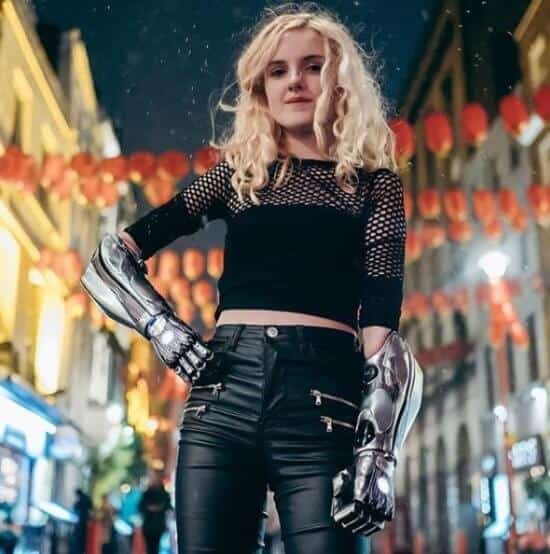