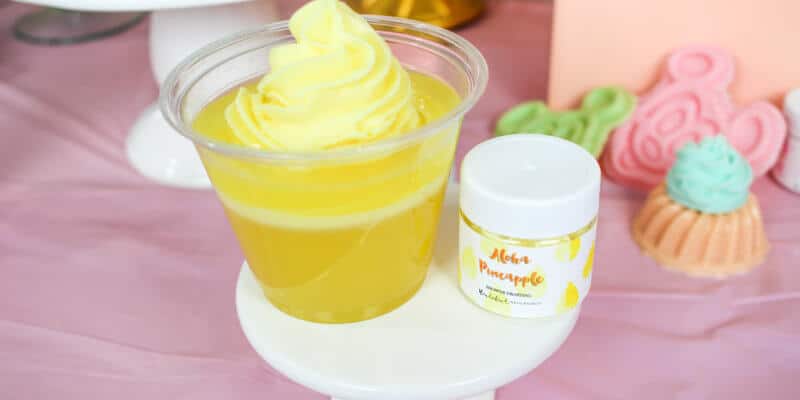 If you’re like me, you’re getting pretty annoyed with the amount of washing of hand talk that is going around at the moment. Of course, it’s important but I like to bring a bit of fun with it by singing a Disney song or two.

Things just got a whole lot more interesting with this soap that makes you feel like you’re in the Magic Kingdom and enjoying one of Disney’s most popular snacks, the Dole Whip!

The scent of the soap is pineapple based (obviously) and contains shea butter, cocoa butter, and mango butter. Better yet, the soap is also vegan which is always a bonus.

While it isn’t quite as good as queuing up in Adventureland and getting your own pineapple Dole Whip with fresh pineapple and delicious soft serve, at least it brings a bit of magic to washing your hands!

These look insanely good, and while of course, they aren’t edible, make sure to keep out of reach of kids. Even I am tempted to take a bite out of these and I am 28!

These actually look even more tempting than the Dole Whip soaps to me, I am not a great fan of pineapple so the Dole Whip isn’t usually high on my Disney snack list (please don’t be too mad at me in the comments). Though I must admit I am a fan of the boozy Dole Whip.

You can purchase both the Dole Whip and Mickey Waffle soaps from the Wonderland Magic Bath Co. and they start at just $7.95.

It’s been fantastic seeing how Disney fans have continued to share the magic while Disney Parks are closed and we will continue to share as much as possible with you while you’re at home.

How do you like to keep the Disney magic at home? Let us know your ideas in the comments below and we will share some of the best ones in a future article!

Comments Off on Smell Just Like Dole Whip and Bring Some Disney Magic to Your Home!