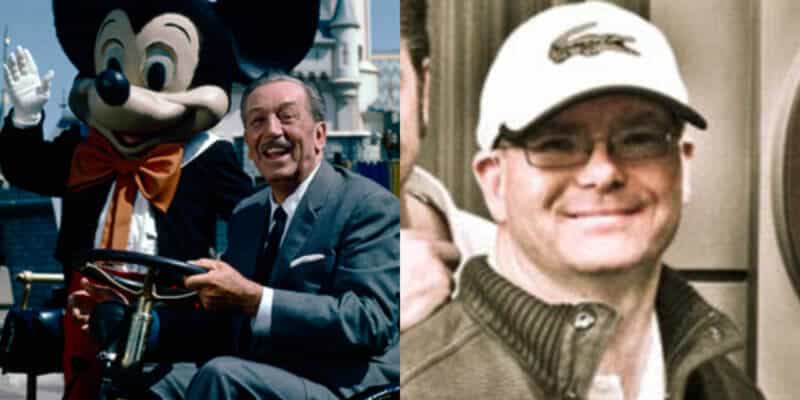 For those who have not been following along with this story, Judge Cowan recently claimed Lund had Down Syndrome from the bench, even after being presented with DNA evidence proving the opposite. The judge also ruled Lund to be “unfit” to receive his $200 million inheritance from Walt Disney and appointed him a temporary guardian to make all of his legal decisions, all without a hearing, and now Davis and his team of lawyers are trying to fight back against the rogue rulings of the legal authority.

In the complaint, attorney Lanny Davis alleges that the probate court’s action is “all too reminiscent of a perspective where facts do not matter but alternative facts do, where the constitution does not matter…”

The alternative facts Davis is referencing come from a 2016 court decision by Superior Court Judge Robert Oberbillig, from a 10-day trial brought on by “disgruntled relatives” against Lund. The trial came after 7 years of litigation concerning whether Lund needed a limited guardianship–during which, Lund was examined by two court-appointed physicians, one court-appointed expert, and by the judge himself in open court.

From the investigation, Judge Oberbillig rejected the family’s claims that Lund needed guardianship and ruled that Lund was “not incapacitated.” However, Judge Cowan looked beyond this court ruling and DNA evidence, proving Lund does not have Down Syndrome, and instead stated from the bench: “Do I want to give 200 million dollars, effectively, to someone who may suffer, on some level, from Down syndrome? The answer is no.”

From this statement, Lund’s legal team announced the new Count 6, which alleges that Judge Cowan and the LA Court violated an anti-discrimination law when Judge Cowan made this “indisputably false” statement and “perception.” They claim this resulted in discrimination against Lund and his loss of freedom regarding the right to counsel and property rights without due process of law.

Additionally, the complaint also alleges Judge Cowan and the Los Angeles Superior Court violated the rights of Brad Lund by violating the US Civil Rights Act, due process rights, and anti-discrimination law.

During today’s press conference call, the legal team would not discuss specifically what damages they are seeking in the case. However, Sandra Slaton, the lead counsel of Lund’s legal team, revealed this is not so much about the damages but the fact that constitutional rights of many citizens, just like Lund’s, are violated quite often in probate court. Ultimately, at this time, their team hopes to challenge the power of not only Cowan but all judges in probate court. All of which, who are given tremendous discretion in the handling of inheritance and will and testament in the court system.

For those wondering, the fight isn’t completely over for Lund’s $200 million inheritance. However, more legal battles are ahead for the grandson of Walt Disney, who should have received his portion of his mother’s trust fund when he was 35, which was 15 years ago. Lund is now 50-years-old.

Comments Off on Walt Disney’s Grandson Sues Judge Claiming He Has Down Syndrome Without Evidence, Blocking $200 Million Inheritance