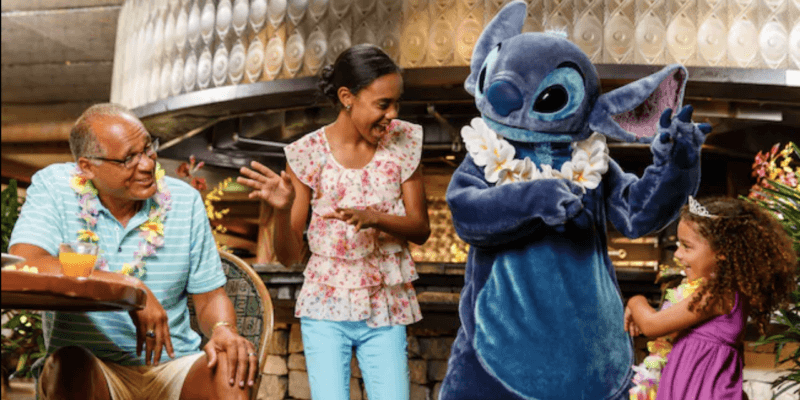 As Disney fans and cast members around the world process the fact that all six parks will be officially closed for business starting tomorrow, there is some good news for Walt Disney World park goers.

The resort’s hotels and restaurants will still be open during the closure, which is expected to last a minimum of two weeks. This means that guests with character dining reservations won’t miss out on their experiences.

It is important to note, however, that certain restrictions will be in place for any on-site meals that take place during the Disney Parks closure. Face characters, including princesses and the Evil Queen at Artist Point, will practice social distancing by roaming the restaurants instead of visiting tables.

Masked characters, including Mickey & Friends at Chef Mickey’s and Cape May Cafe and Lilo and Stich at ‘Ohana’s are currently going to continue meeting diners as usual. Stay tuned to Inside the Magic for any changes or updates regarding Disney character meals.

In addition to character dining, the Hoop-De-Doo Musical Review at Fort Wilderness Campground will continue as planned for the time being. The Spirit of Aloha Dinner Show at Disney’s Polynesian Resort is also still allowing reservations online and will presumably be performed as scheduled.

For anyone who is looking to experience a taste of Disney magic in the Orlando area, making a resort dining reservation is a great alternative while Disney theme parks remain closed. Presently, both Walt Disney World and Disneyland are expected to reopen in early April. Park officials have indicated they are in contact with healthcare experts and government entities as they make decisions.

All international Disney Parks, including Disneyland Paris, Shanghai Disneyland, Hong Kong Disneyland, and Tokyo Disneyland, will be shuttered for a longer period of time. The Inside the Magic team will share any pertinent breaking updates related to the current Disney Parks situation.