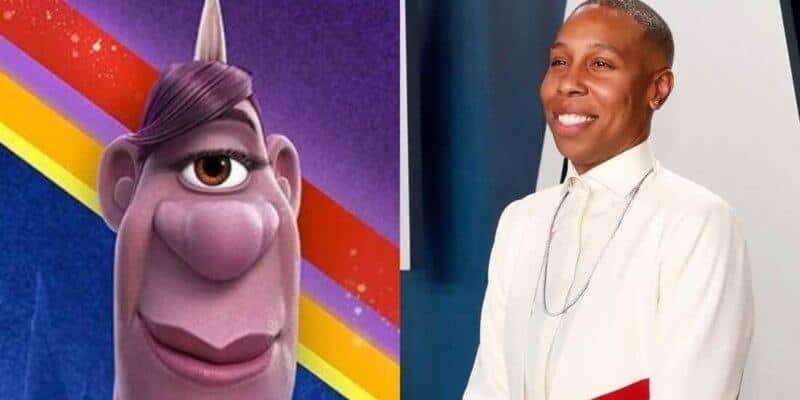 Reports are now saying that multiple Middle Eastern markets have decided to ban the latest Disney Pixar film, Onward, because it features an LGBTQ character.

According to Deadline, “Kuwait, Oman, Qatar and Saudi Arabia have all banned the film due to the reference. The film, released regionally this week, is nowhere to be seen on cinema schedules in those territories. Other Middle East markets such as Bahrain, Lebanon and Egypt are showing the film.”

Disney and Pixar kept the news of featuring an open LGBTQ animated character in the film, Onward, up until last month when they officially announced the news. Reports then started to surface that Onward would be a ground breaking as it is the first animated movie to ever feature an open LGBTQ character.

If you haven’t yet seen the film, and without giving away any spoilers, the LGBTQ is a lesbian police officer who appears in the Disney Pixar movie for one scene.

But we don’t need to speculate about Waithe’s Officer Spector. We know because she tells us. When she and her partner, voiced by Ali Wong, pull over a driver who claims he was distracted because his girlfriend’s sons have been acting up, she commiserates, “My girlfriend’s daughter got me pulling my hair out.”

That line isn’t the point of the scene. In fact, it goes by so fast you could barely notice it. But that’s why it works so well. The film doesn’t pause to let it sink in or isolate the moment with a cut for emphasis. It passes unremarked, because in this world, it’s accepted as a fact of life. Some babies have two daddies, and some babies have two mommies, even if those mommies happen to be centaurs or elves.

Onward at the Box Office

Pixar’s Onward brought in $40 million during opening weekend, which some Disney fans were surprised at. Though, Deadline wasn’t far off from the predications as they reported that the Disney Pixar film would bring in $44 million at the box office opening weekend.

You can read more about the opening box office numbers here.

Director Dan Scanlon spoke to ComicBook earlier this year about the upcoming Disney Pixar film, even touching upon where the story initiated from:

The latest animated Pixar film features the voices of Chris Pratt, Tom Holland, Octavia Spencer and Julia Louis-Dreyfus and takes place in a suburban fantasy world. Two teenage elf brothers, Ian Lightfoot (Tom Holland) and Barley Lightfoot (Chris Pratt) have to go on “an extraordinary quest to discover if there is still a little magic left out there.”

Have you seen Disney Pixar’s Onward? What are your thoughts on the film? Let us know in the comments.