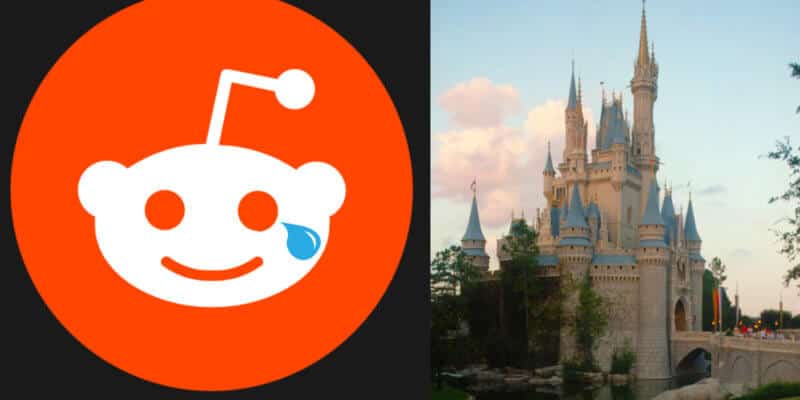 Walt Disney World is truly the most magical place on the planet–not just for its out of this world theme parks, extraordinary deluxe resorts, and world-class entertainment center, Disney Springs–but for its Cast Members, who really care about Disney World patrons. In a recent post on Reddit, one ex-Cast Member with Asperger’s recalled a special moment he shared with a child of the same condition. A moment in which this Cast Member may have radically changed a young boy’s perspective on his newly diagnosed condition forever–and needless to say, we’re still sobbing.

In the r/autism group on Reddit, a place where users can share autism-related news, information, support, and personal anecdotes about their experiences in everyday life, user u/mechwarriorbuddah999, who goes by the name Gary, shared the special anecdote while discussing his experience working at Disney World for 9 years.

In the post, Gary begins by sharing how whenever others bring up the fact that he was employed by the house of mouse he’s always asked what it’s like working for the company as an autistic man–a question Gary says he usually responds to by telling this story:

“I was working Aladdin (Aladdin’s Magic Carpet Ride, a 90s ish tech VR game) and as I was talking with someone in line, this woman walked up to me from the exit. I started to explain to her she had walked in the exit when she looked me straight in the eye and said ‘You’re Asperger’s autistic aren’t you?'”

Upon reading the beginning of this story, you might be taken aback by this woman’s unprecedented and unconventional discovery of Gary’s condition. However, this woman’s bluntness turned into a meaningful connection for Gary and a blessing for her son.

“I was for one stunned, then angry, because I hate it when people see that, and I was about to kick her out of the ride because now I was holding up the whole ride, when she said (again making that hard as iron direct eye contact stare), ‘My son, the one you JUST loaded into that ride, just got diagnosed with Asperger’s disorder yesterday and he’s extremely upset about it. We came here to try to make him feel better… Could you, talk to him after he gets off the ride? Tell him he can be like you, normal?'”

Presented with an offer so bold, it’s easy to argue that most in Gary’s position might decline. Although, something inside of Gary pushed him to take on the offer of speaking to the boy.

“I agreed, despite being probably the most uncomfortable that I’ve ever been in my entire life at that point.”

As uncomfortable as Gary was, he shared a side of himself to the boy he hadn’t to anyone else at DisneyQuest–with a sprinkle of magic of course.

“The ride ended, I took him off to the side, he was kinda curious, I gave him kind of a personal version of the Magic Moment we had for Aladdin, showed him this plushie lamp we have set aside for the ride, and told him that it was a secret, but the Genie asked me to tell him that I’m Asperger’s Autistic, and I live just like everyone else.

I told him I’ve worked for Mickey (I put it that way too) for nine years, and not one single person there knew except him.”

Gary revealed later in the post that he didn’t remember the young guest’s name. But, he did remember his reaction when he told him they had the same condition. He also remembers the reaction of everyone else around them during the special moment as well, which he admits made him a little uncomfortable.

“…the kid started crying. I was at a complete loss of what to do. I looked at the mom, just like “what do I do here?” and she was crying too and quite useless.  I looked at the other cast member (I.E. the guy supposed to be there to help me), Aladdin too, who was ALSO crying.”

Gary also recalls that his co-workers were not the only ones around them crying.

“And like everyone in the queue who was paying the slightest attention was too (crying), and the queue was just a swath of cell phones.”

After the emotional reaction by the child, the boy was able to compose himself to ask Gary one final and meaning full question: “So, I’ll be normal?”

To which, Gary replied: “You will be what YOU will be. There is no normal.”

Gary went on to share in the Reddit post that he still takes pride in that special moment he had with that child and saw it as part of his job at Disney, aiding the company in “making the magic.”

“I’m proud of this, that’s why I share the story. But you have to understand see, being autistic, I just see this as my job. THAT was what I was being paid by Disney to do. Be it to load someone into the ride for the thirtieth time that hour or comforting a child when they lost their parents and making sure personally that they are reunited, or comforting a child who has been given a diagnosis. That was my job.”

A moment so special, one probably imagines it could possibly disappear forever? Well, according to Gary’s post, thanks to one special manager, it seems this story has been living on for some time and will continue to!

“I’m told by the manager who responded to this like thirty seconds later (she was in the doorway when it went down and saw it), she tells this story to every Traditions class she teaches.”

Traditions, for those of you who don’t know, is an introductory class at a place called Disney University, which you have to take in order to become an employee (or Cast Member) at Disney.

“So for the past seven or eight years, she’s been telling this story to every new Cast Member coming into the Florida locations.”

What was a special moment you remember sharing with a Cast Member during one of your visits to Walt Disney World? Let us know in the comments below!