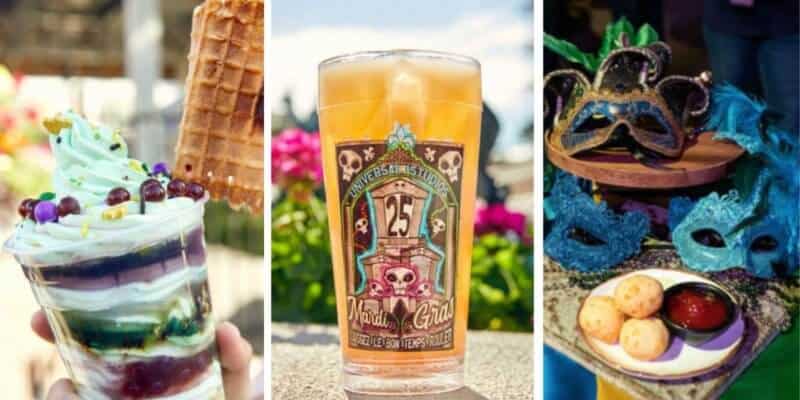 We cannot believe that it has already been 25 years since Universal Studios Florida brought a taste of New Orleans to Orlando.  Recently, the Universal creative team unveiled delicious details for the Mardi Gras 25th anniversary of this epic event.

From king cake and beignets to the bayou boil, taste bud tempting treats take traditional Mardi Gras munchies to a new level. Additionally, other areas of the Universal Orlando resort join in on this feasting festival! 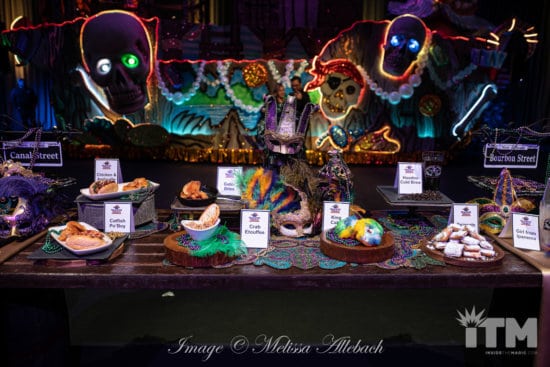 Since 1995, every February, Universal Studios transforms its Orlando theme park into a slice of New Orleans.  As the 2020 Mardi Gras party kicks off, new surprises await discovery. 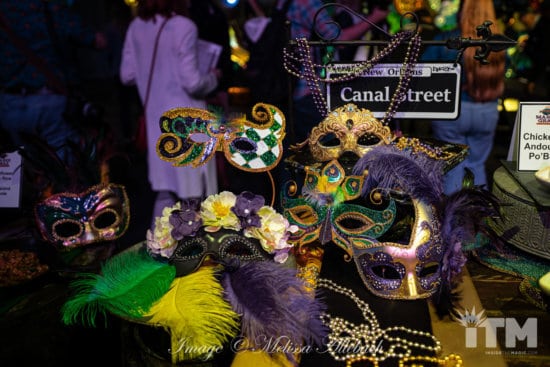 Bringing the Big Easy to Orlando would not be complete without filling the festival food tents with famous flavors from the region.  However, New Orleans isn’t the only place to party before Ash Wednesday. 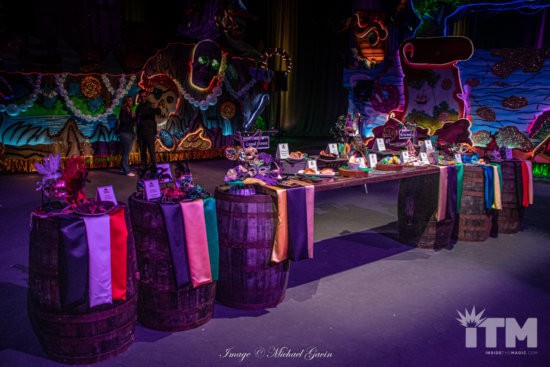 Of course, a true Mardi Gras celebration would not be complete without the traditional treats of this super soirée. Find these feasting fun favorites, after 4pm, at the French Quarter Courtyard (across from the Mummy ride): 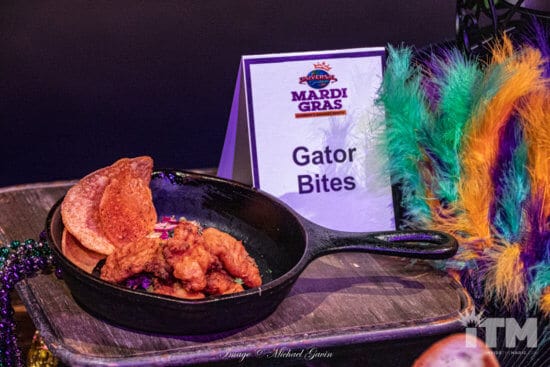 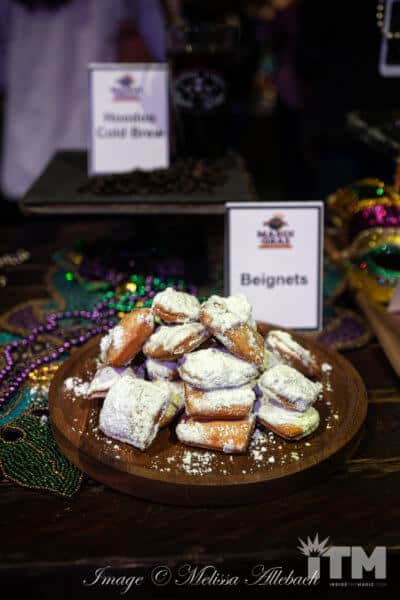 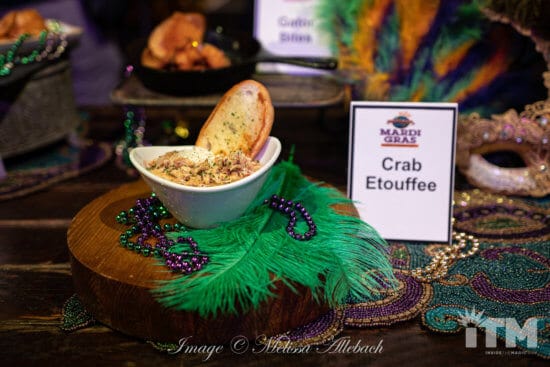 Carnival Around The Universe Adds Diversity:

In addition to the French Quarter Food Court, new world-wide flavors arrive every two weeks at the Carnival Around the Universe.  This new, rotating eating experience highlights 4 different Mardi Gras-like celebrations from around the globe. 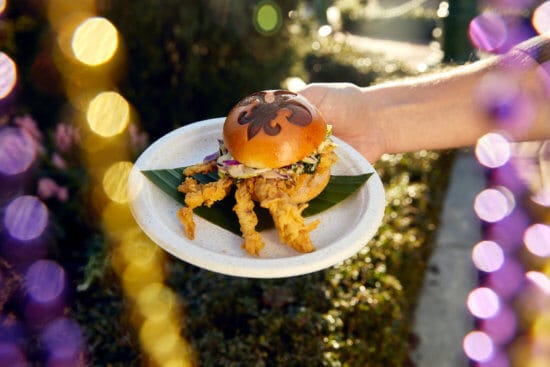 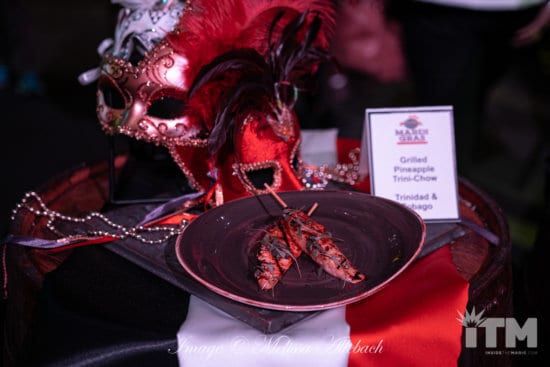 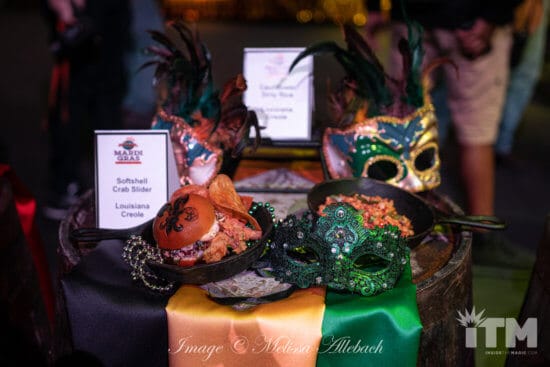 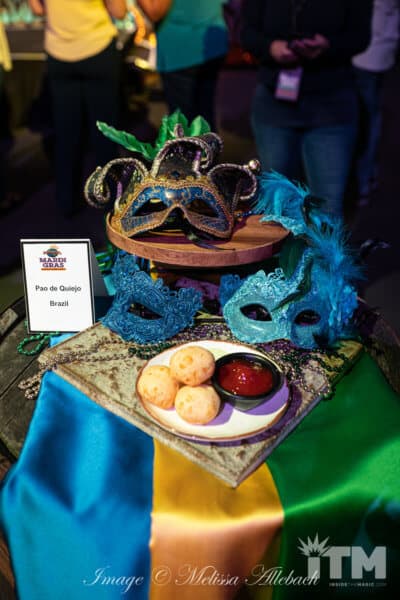 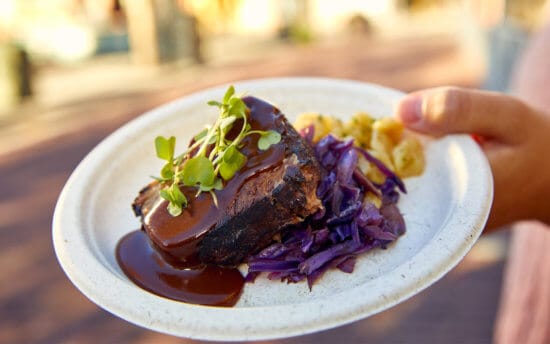 Each arrive in a 20oz souvenir glass.  Two more specialty thirst quenchers include the Bourbon Street Punch, which is found at the Bayou Boil (see below) and non-alcoholic Coconut Water (served IN a coconut)-only found the first two weeks of the event (at the Carnival Around the Universe). Of course, non-alcoholic drinks abound as well. 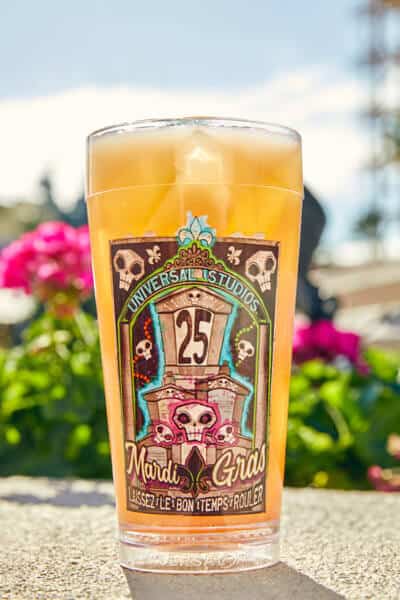 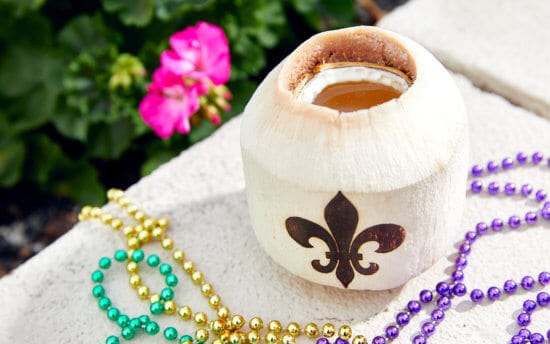 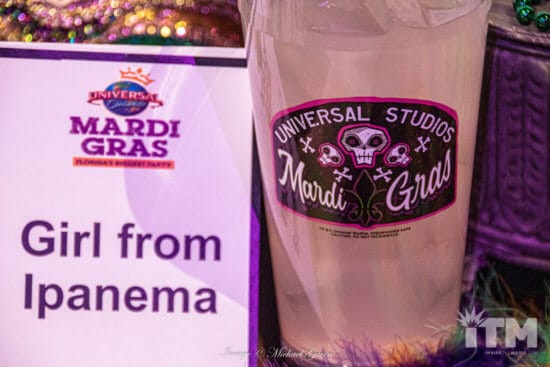 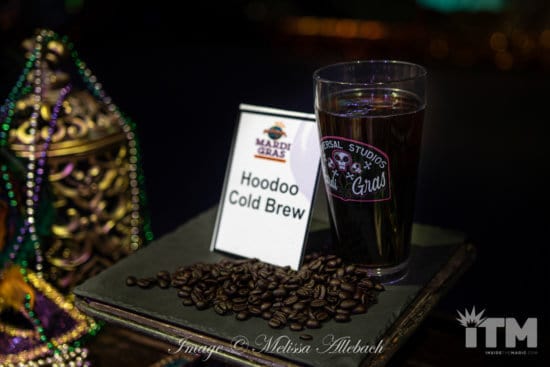 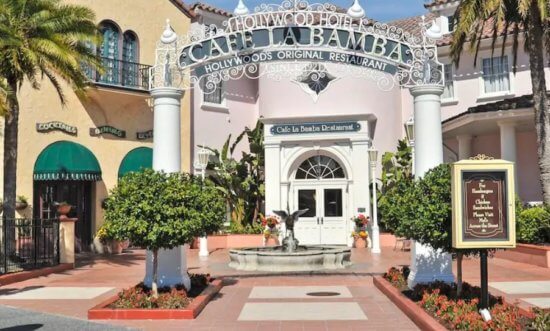 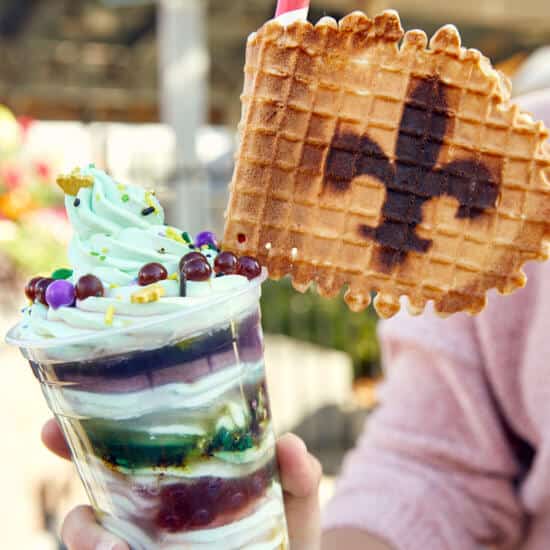 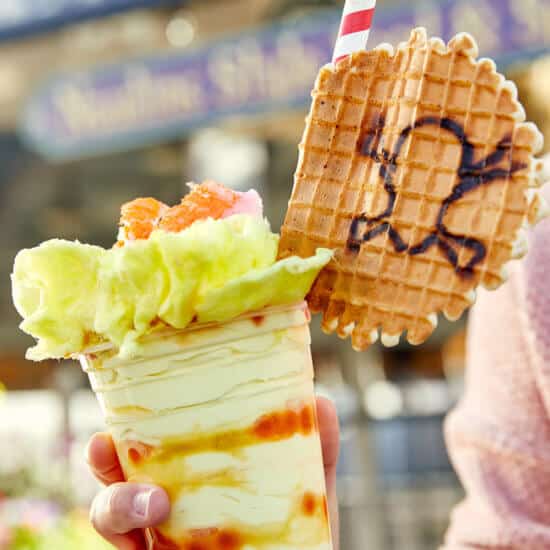 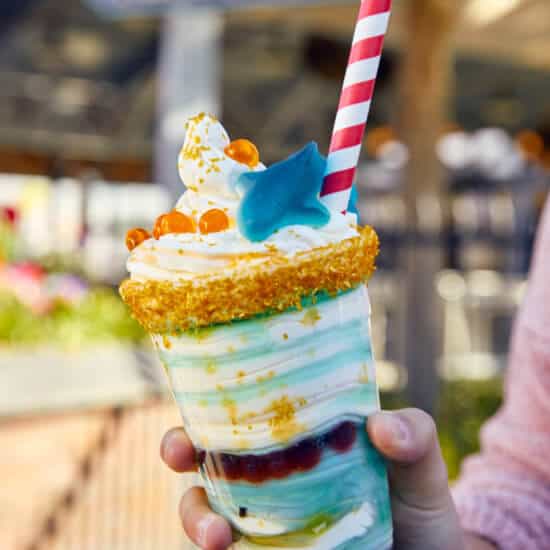 Upgrades Add A Delicious Depth To The Mardi Gras Experience:

On select nights, you’ll gather in Battery Park in Universal Studios Florida for a delicious Louisianastyle crawfish boil. Not a seafood fan? Then enjoy chicken and Andouille sausage jambalaya upon request. You’ll have an exclusive view of the parade while enjoying King Cake, beignets, sparkling wine and assorted non-alcoholic beverages. –Universal Orlando Resort

You can purchase this authentic New Orleans experience here. 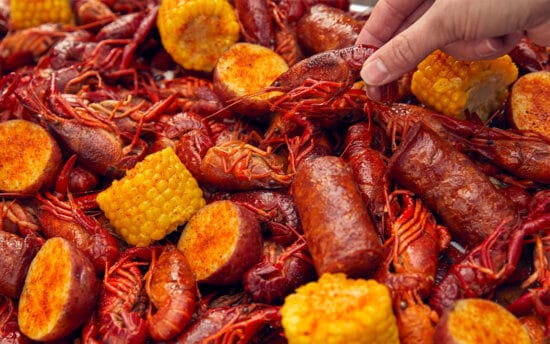 Enjoy sparkling wine and cider or soft drinks while munching on a delicious assortment of specialty  desserts. This add-on event takes place at Café La Bamba an hour before parade kick off and offers guests a special viewing areas for both the Mardi Gras Parade and Universal Orlando’s Cinematic Celebration.

For additional details and/or to purchase, visit Universal Orlando’s website. 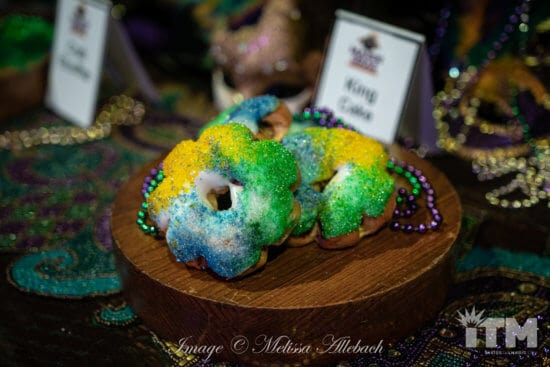 Not sure what to try first? Not to worry, Universal Studios Florida has the perfect solution. “Mardi Gras Tasting Lanyard lets you enjoy jambalaya, beignets and more in sampling sizes. An exclusive Lanyard for Passholders is also available” (Universal Orlando Resort). Beverages are included!

Note: these can only be purchased within the Universal Studios Florida theme park 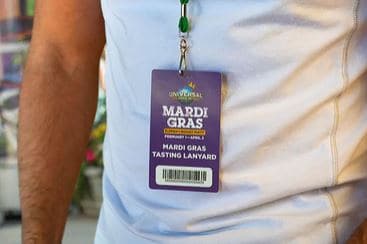 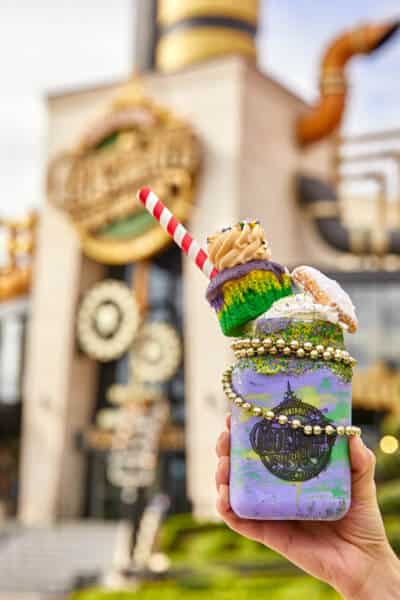 Visit the following CitiWalk locations for a taste of the party (list courtesy of Universal Orlando Resort): 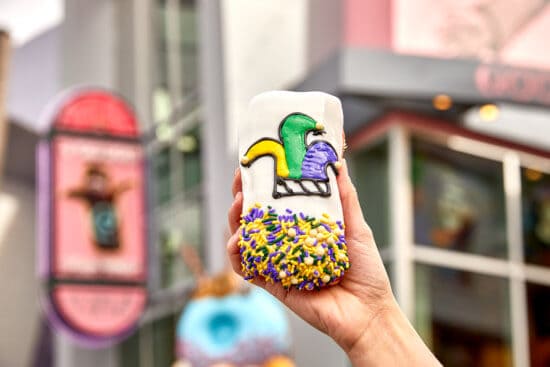 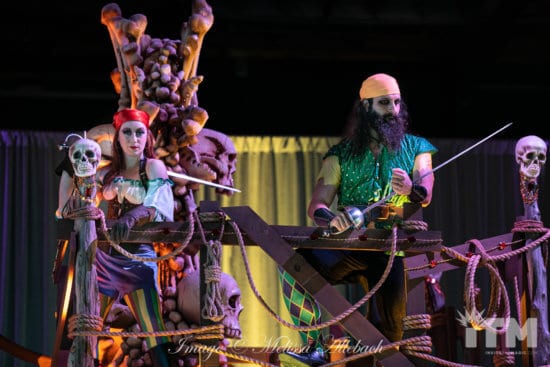 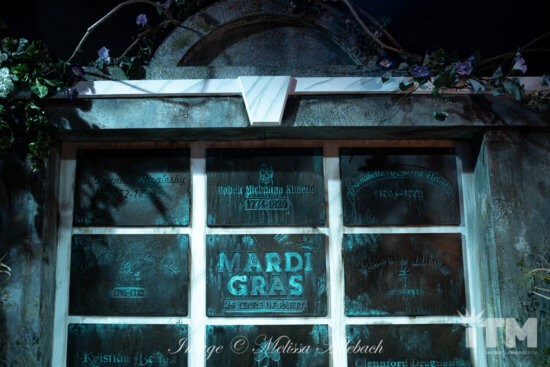 What fantastic favorite food from Mardi Gras are you most looking forward to?