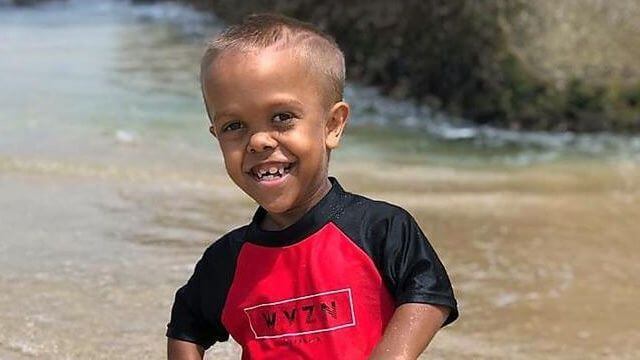 It has been nearly a week since the GoFundMe campaign, which was started by comedian Brad Williams, had raised over $700,000 Australian dollars in order to send 9 year old, Quaden Bayles, and his mother, Yarraka, to Disneyland.

Now, it is being reported that the Bayles Family will decline the Disneyland trip as they would rather see the funds go to charities.

Yarraka spoke to NITV News and explained that while it is a very touching gesture and example of goodwill, the Bayles Family has decided to pass on the Disneyland trip so they can focus on the bigger issues here.

“What kid wouldn’t want to go to Disneyland, especially if you have lived Quaden’s life. To escape to anywhere that is fun that doesn’t remind him of his day to day challenges,” Yarraka said. “But my sister said ‘you know what, let’s get back to the real issue’. This little fella has been bullied. How many suicides, black or white, in our society have happened due to bullying.”

She continued, “We want the money to go to community organizations that really need it. They know what the money should be spent on, So as much as we want to go to Disneyland, I think our community would far off benefit from that.”

“We need to come together and work out how to make sure young people like Quaden don’t have to deal with what they have been dealing with. We’ve had seven kids at the Murri School in Brisbane, where I am on the board, take their lives in the last ten years.”

This GoFundMe campaign comes after Yarraka posted a heartbreaking video, which instantly went viral, of her 9 year old boy after he went through bullying. Quaden was born with Achondroplasia, a form of Dwarfism, and has recently been bullied, causing him to feel as if he doesn’t want to be here anymore.

Quaden’s mother decided to share the aftermath of bullying because she wanted the message to get out. She wanted to raise awareness of how much bullying can have an impact on someone.

You can read more about the original story here.