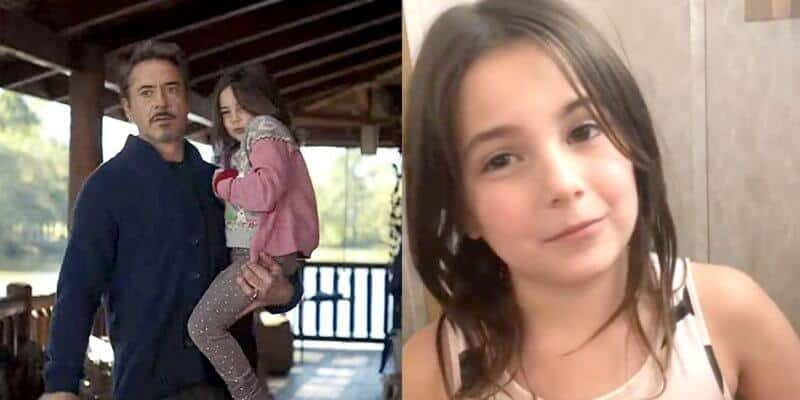 It isn’t every day that the internet starts bullying a seven year old, much less the actress who played Tony Stark’s daughter in “Avengers: Endgame.” Lexi Rabe, who played Morgan Stark and said the famous line “I love you 3000” in the fourth “Avengers” flick, recently took to Instagram and pleaded for her fans to stop bullying her and her family.

The actress was being criticized on social media for not taking the time to meet and greet with fans at a Los Angeles mall. Fans said that both Rabe and her mother handled the encounter unprofessionally and have taken to Instagram to express their distaste for Rabe’s behavior (even though the Hollywood star is only seven). As a response, Rabe shared a video on her Instagram account (which is run and monitored by her family) to ask her followers to stop the bullying. Here’s what she had to say:

“Hi, I’m Lexi Rabe, and I’m only seven years old, and I mess up sometimes. So my mom and dad give me tons of talking tos and time outs, believe me. And if I go anywhere and I’m acting a little silly or messed up or anything like that, um, I’m just seven years old. Please don’t bully my family or me. Bye, love you 3000!”

I hate that we even have to post this. But yet again Lexi’s getting bullied. And this kind of thing makes it celebrities never want to leave the house never want to meet people. Please keep your opinions to yourself so Lexi can grow up in the free world. She’s a normal human being and she’s a child. We give her a talking and we give her timeouts but we don’t do that in public. Sometimes were rushing from place to place stressed like everyone else to get to set on time or work or whatever and we seem a little grumpy. I’m sorry if you see us this way but that’s life! If you ask us for an autograph we always almost say yes. If we happen to be having a bad day that might put us right on the right! We are not perfect! These perfect children are not being given the freedoms and the rights that they should. If your child is so scared to be themselves in public and mess up a little then you’re over parenting. We give our children plenty of rules and boundaries But then give them the freedoms to mess up and learn from their own mistakes. They would not be on set an on movies if they weren’t well behaved. Trust me they have no desire to hire kids like that! And there were plenty of children that productions can work with. So if you see us in public and think you have the right to judge. Wait. Number one until you have children of your own, and Number two realize that we’re not perfect and we’re not claiming to be! But just try to realize the different strokes for different folks what you do with your kids may work for you and what I do with my kids works well for me. My children love me and respect me even if they act out sometimes. Thank you! Jessica!

In the video’s caption, the actress’s mother explains that her daughter misbehaves like a typical kid, and sometimes their family is rushing from place to place and doesn’t have the time to stop and give autographs to every fan out there. She writes, “She’s a normal human being and she’s a child…Sometimes were rushing from place to place stressed like everyone else to get to set on time or work or whatever and we seem a little grumpy. I’m sorry if you see us this way but that’s life! If you ask us for an autograph we always almost say yes. If we happen to be having a bad day that might put us right on the right! We are not perfect!”

The video has over half a million views, and so far the comments are largely positive responses from fans who don’t understand why anyone would bully a seven year old, especially one who says she loves you 3000. Young Lexi Rabe is still learning like all other children, but it looks like we could take a page from her book and handle situations like this with kindness. Lexi, we love you 3000!

What’s your take on Lexi Rabe’s response to her “Avengers: Endgame” fans? Let us know in the comments!