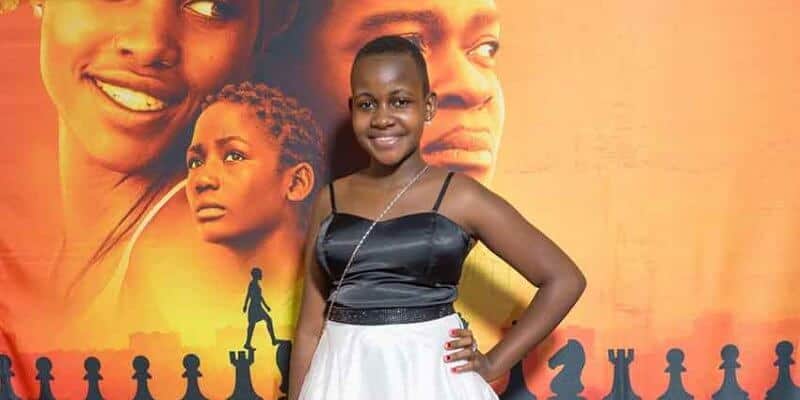 The Ugandan media has just reported that young Disney star actress, Nikita Pearl Waligwa, has just passed away after battling a brain tumor at the age of 15.

The young actress starred in 2016 Disney film, Queen of Katwe, which followed the true story of 10 year old Ugandan girl, Phiona Mutesi, who lived in the slum of Katwe in Kampala, Uganda.

Nikita Pearl Waligwa played the part of Ugandan girl Gloria in the movie, who was a friend of Phiona Mutesi. The two grew up together in Katwe, which was known as the largest portion of the Kampala slums.

Related: REVIEW: Disney’s “Queen of Katwe” is an inspirational, if by-the-numbers, biopic about a Ugandan chess champion

You can read more about the Disney film, Queen of Katwe, here:

Living in the slum of Katwe in Kampala, Uganda, is a constant struggle for 10-year-old Phiona (Madina Nalwanga) and her family. Her world changes one day when she meets Robert Katende (David Oyelowo), a missionary who teaches children how to play chess. Phiona becomes fascinated with the game and soon becomes a top player under Katende’s guidance. Her success in local competitions and tournaments opens the door to a bright future and a golden chance to escape from a life of poverty.

The young actress was first diagnosed in 2016 with a brain tumor. The Queen of Katwe director, Mira Nair, reportedly funded the treatment, which included surgery and radiotherapy, for Nikita.

In 2017, Nikita received the great news that the treatment had helped and was even given “the all-clear”, but unfortunately it wasn’t long before they found another tumor. Last year, the young actress went through a lot of pain and a family member even said: “The brain was swollen and it is exerting a lot of pressure.”

Everyone here at Inside the Magic wants to send their thoughts and prayers to Nikita’s loved ones.