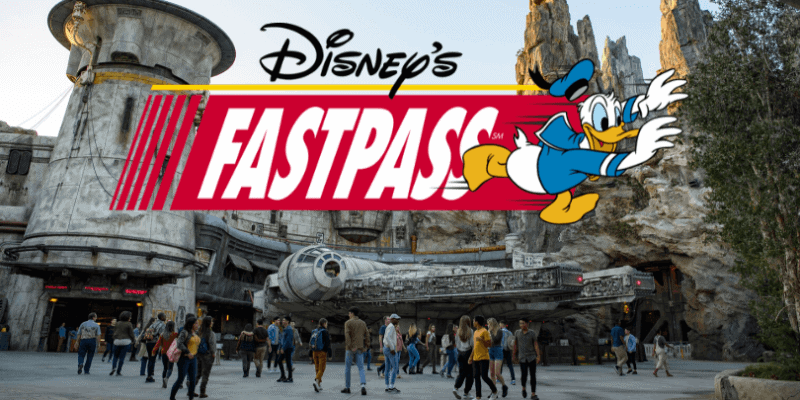 Attention all Star Wars fans and Millennium Falcon flight crew! It’s going to be a lot easier to get to fly the fastest hunk of junk in the galaxy. Disney just announced today that Millennium Falcon: Smugglers Run will soon be added to Disneyland Resort’s FASTPASS and MaxPass system!

As we reported last week, today two attractions have been added to the FASTPASS and MaxPass system at Disneyland Resort: Autopia in Tomorrowland at Disneyland and Monsters, Inc. Mike & Sully to the Rescue! at Hollywood Land at Disney California Adventure. Well, Disney continues to expand the FASTPASS availability on the west coast, so we’re thrilled that Smugglers Run will be added soon, too!

Disney also announced earlier this year that Millennium Falcon: Smugglers Run was added to the FastPass+ system at Walt Disney World Resort in Florida. The attraction opened at Disneyland in California first, so we’ve been eagerly awaiting an announcement that our version of the ride would be getting FASTPASS. And now, that announcement has arrived!

We don’t have an exact date yet for when Smugglers Run will become available on the Disneyland Resort FASTPASS and MaxPass systems, but we’re excited to find out. If you’re unaware of how these systems work, here’s what you need to know.

FASTPASS is free and available to all guests. All you have to do is go to the FASTPASS kiosk nearby the attraction you are trying to ride with a minimal wait, scan your ticket or annual pass, and receive a paper FASTPASS reminder that will tell you when you are allowed to ride the attraction with a minimal wait, and when you are allowed to book another FASTPASS. Disneyland has also been slowly introducing digital FASTPASS kiosks, which you can read about here.

Right now, there’s no word on when Disneyland’s Star Wars: Rise of the Resistance will be getting FASTPASS or Disney MaxPass. So you’ll have to keep using the virtual queue boarding group system within the Disneyland App to experience that attraction in the meantime.

We will share when FASTPASS and MaxPass become available at Millennium Falcon: Smugglers Run as soon as Disney reveals that they have launched. For now, book a trip to Disneyland Resort with Academy Travel and plan your visit to a galaxy far, far away!

Comments Off on FASTPASS Coming Soon to Millennium Falcon: Smugglers Run at Disneyland!