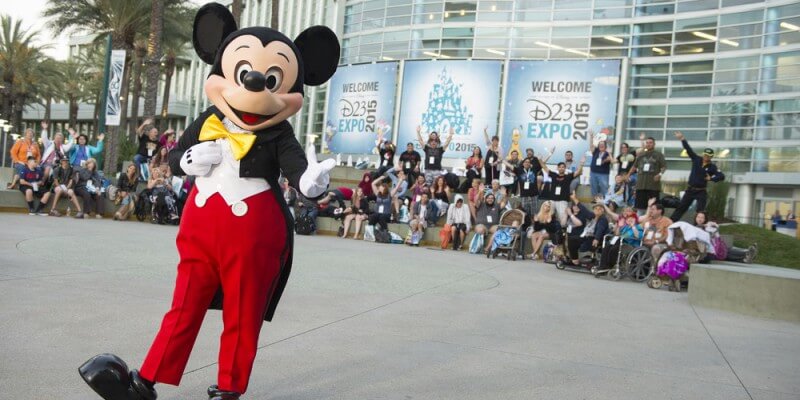 Yes, Mickey Mouse is trending on twitter. But the wave of tweets wasn’t started by anyone at The Walt Disney Company. Nope, it is all thanks to Joe Biden. In an appearance on MSNBC, Uncle Joe made the claim that President Donald Trump so disliked that beating him in the upcoming elections will be so easy that even Mickey Mouse could run and still have a shot.

"I refuse to suggest any Democrat can lose. I think we could run Mickey Mouse against this president and have a shot." —@JoeBiden pic.twitter.com/91dJpO5zCf

But while the former Vice President continues to build his quote book of George Bush-Esque one-liners, people appear to be more focused on the fact that Mickey Mouse is one of the top names trending on twitter. Some of the reactions are pretty funny:

Say fellas, did somebody mention Mickey Mouse is trending? pic.twitter.com/zMHAd7cu1o

Can we please leave Mickey Mouse out of it??? PLEASE! pic.twitter.com/SPx1DqNKMg

please make sure to check that your local mickey mouse is happy pic.twitter.com/VR2kdj1eoR

While this is fun, one has to comment on the rebound this took. Rather than be dragged further down the political rabbit hole, we have a moment where Mickey Mouse does what he was drawn to do: make everybody smile and escape the crazy world for a few minutes.

But even though you won’t find Mickey Mouse in the White House, you will be able to find him, Minnie, and all his pals in his new ride, Mickey and Minnie’s Runaway Railway which opens at Disney’s Hollywood Studios next month.

Did You Know: Bob Iger Considered Running for President

While Mickey Mouse running for President is a joke, Bob Iger was not at all joking when he told the New York Times about how he considered running for President of the United States. It’s not hard to see the Disney CEO in the position, especially when you consider the political and economic relationships he has to maintain with nations across the world, especially China.

However, he declined the opportunity. Despite pulling himself up by the bootstraps, he did not think that a CEO of a massive entertainment conglomerate would resonate with the every-day voter. Still, how crazy would it be to see a former Disney CEO installed in Disney’s “Hall of Presidents“”?

What do you think about Mickey Mouse trending on twitter? Do you think he could beat Donald Trump? Let us know in the comments!