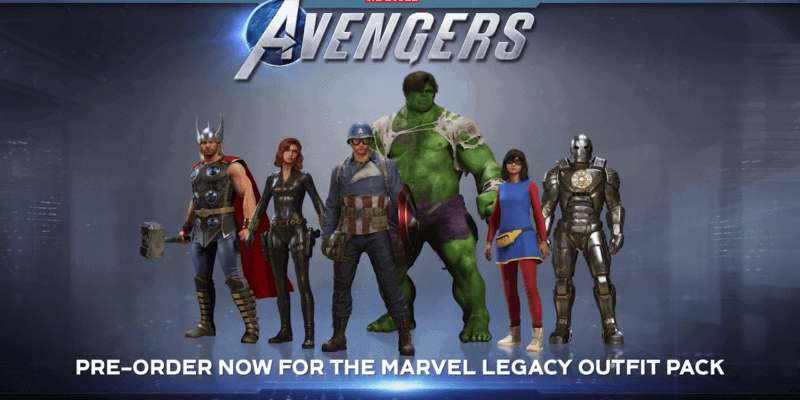 Today, Marvel Entertainment and Square Enix released a new trailer for their latest video game, Marvel’s Avengers. While the trailer shows very little of what gamers can hope for the actual game, we also see our cast of characters in action which include Captain Steve Rogers, Natasha Romanoff (Black Widow) Tony Stark/Iron Man, Bruce Banner/Hulk, Thor, and Ms. Marvel.

The video game released its trailer and the opening of pre-orders on its twitter page quoting the video game’s mantra, “Good isn’t a thing, it’s a thing you do.”

Embrace your powers and live your Super Hero dreams in Marvel’s Avengers. Check out some new footage in our latest trailer!

We see more Kamala Khan with the Avengers

We finally see the teenager Kamala Khan, aka Ms. Marvel, join in with the Avengers. Her story appears rather Spider-Man like making her introduction with the voiceover lines “I was just some weird kid from Jersey who didn’t fit in.” She appears to be the one who rallies the Avengers and one of the major focal points of this game. We also hear Bruce tell Tony “the kid is inhuman.”

As far as each character’s available abilities go, we do not see much. All we get is the smashing capabilities of Hulk, Ms. Marvel’s crushing shape-shifting powers, Iron Man’s rocketing precision, and some classic Captain America and Black Widow action. Thor also makes his entrance via Bifrost Heroic.

Unfortunately, we still do not have anything else but a beautifully crafted trailer. Perhaps some more details will be made available later. But one thing that should not go unnoticed was the slight correction in the character’s design. After receiving so much backlash from the fans from the first trailer, the game designers have clearly made strides to do what the fans wanted.

What do you think of the trailer? Are you excited for the video game? Let us know in the comments!

Comments Off on New Trailer for Marvel’s Avengers Video Game Released (with Ms. Marvel in the Cast!)