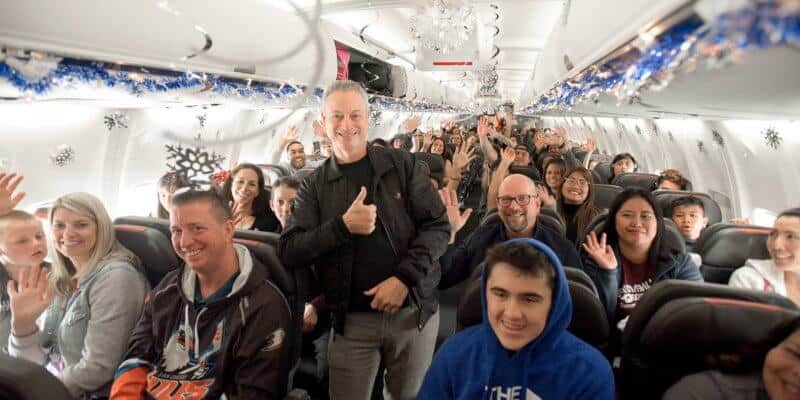 The Congressional Medal of Honor Society awarded Gary Sinise its highest honor, the Patriot Award, for the work he’s done with the families of fallen veterans including an annual trip to Walt Disney World.

Earlier this week at the Ronald Reagan Presidential Library, the Congressional Medal of Honor Society bestowed its highest honor, the Patriot Award, upon Gary Sinise for his decades-long service to the nation's service men and women, veterans, their families, and those in need. pic.twitter.com/MoKApZmhW4

Through his non-profit organization, the Gary Sinise Foundation, Sinise works with Gold-Star military families. These are families who have lost loved ones in the line of duty. While most of his crucial work goes relatively out of the spotlight, the actor made headlines when he and his project “Snowball Express” treated over 1,750 kids of fallen servicemen and women to a five day Walt Disney World Vacation this past holiday season. Sinise and all of the kids stayed at Disney’s Coronado Springs Resort and even got the chance to march down Main Street U.S.A. and receive special recognition.

“The holidays can be especially challenging for grieving families. Each December, we host a five-day experience for 1,750+ children of the fallen and their surviving parent or guardian. As a therapeutic retreat with a blend of fun and inspiring programs, these families can lean on their peers for support. And this year we’re bringing Snowball Express to Walt Disney World Resort!” –The Gary Sinise Foundation

This was Sinise’s second year doing the Disney trip. The first one was in December, 2018, a year after Snowball Express was created in order to bring more happiness into the lives of Gold-Star families around the holidays.

The Congressional Medal of Honor Society

The Congressional Medal of Honor Society is an organization consisting of people who have received the award. Beginning in 1862, the Congressional Medal of Honor is given for wartime valor. Out of the 3,508 total recipients, only 71 are still alive. The Society was founded by President Eisenhower in 1958 to foster the “creation of a bond of brotherhood and comradeship among all living recipients of the Medal of Honor.” The Patriot Award is the highest honor the society can bestow on a civilian.

What do you think of Gary Sinise’s recognition? Do you think he deserves the award? Do you know anybody who took part in his Snowball Express trip to Walt Disney World? Let us know in the comments!