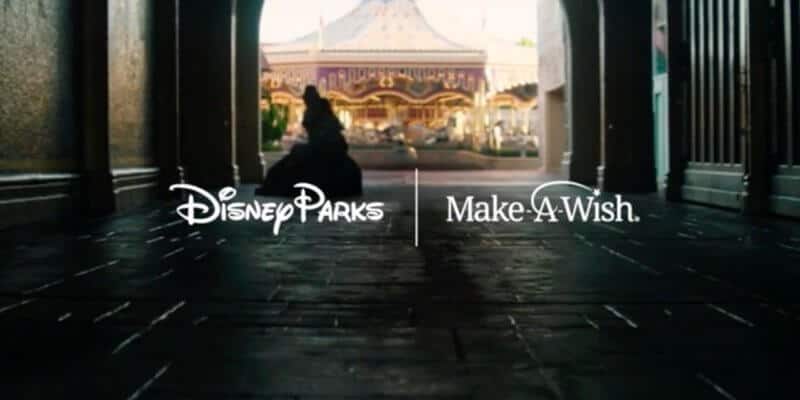 Tomorrow is one of the most popular days of the year — Super Bowl Sunday!

Even if you aren’t a football fan, chances are you will be tuning into the big game, gathered around friends and family members, laughing at the Super Bowl commercials, yelling at the game, enjoying the halftime show, and of course, chowing down on some delicious food.

And this year, the Super Bowl is being held in Miami, so Disney Parks has decided to get into the big game bigger and better than ever.

Disney Parks is the presenting sponsor for the Super Bowl MVP, which many of us know as after the big game the MVP always says “I’m going to Disney World!” But this year, Disney Parks has teamed up with Make-A-Wish to bring something new to the table.

Disney and Make-A-Wish have had a relationship for over 40 years now, granting over 140,000 wishes, helping to spread the Disney magic and make dreams and wishes come true.

Unfortunately at this time, we don’t know many details or much information but what we do know is that Disney is going to create “Super Bowl-sized magic on Sunday night” to help make dreams come true.

“Disney and Make-A-Wish have been inseparable for 40 years. We’re both in the business of making wishes come true, creating lifelong memories and bringing families together. We can’t think of a better way to demonstrate the power of a wish and the strength of Wish kids and their families than by making them a part of our great Super Bowl tradition.’’

And according to Disney Parks Blog:

“The inclusion of Make-A-Wish this year in our Super Bowl campaign is an extension of our commitment to deliver comfort and inspiration to children facing serious illnesses. The first official wish granted to a Make-A-Wish child involved a trip to Disneyland Resort nearly 40 years ago. Currently, Disney helps grant more than 10,000 wishes each year for children around the world.”

Be sure to tune in Sunday night because Disney Parks will help to make a wish come true for one of the Super Bowl star players. Hint — They will bring him to Walt Disney World Resort on Monday for the annual celebratory Super Bowl MVP parade as well as enjoy a fun day in the parks, including a stop at Star Wars: Galaxy’s Edge!

Who do you think will be this year’s MVP of the Super Bowl? Let us know in the comments.