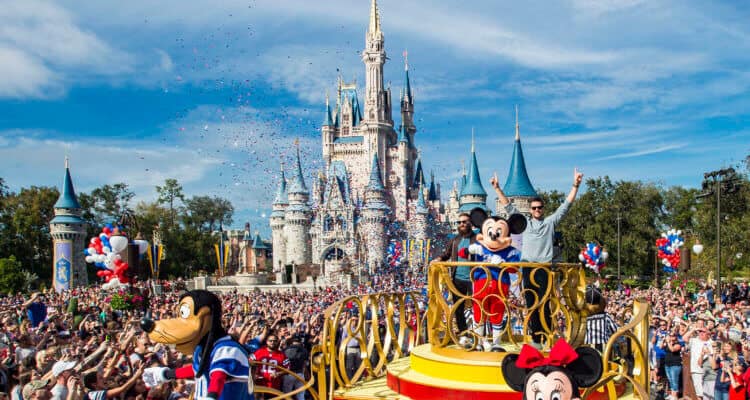 Can you believe tomorrow is Super Bowl Sunday?

As a huge football fan myself, I feel like this season just flew on by — But I can’t wait to tune into the big game tomorrow as both teams are going to leave it all out on the field.

The Kansas City Chiefs and the San Fransisco 49ers both have great teams and it will be interesting to see the outcome. But what’s even more exciting is the Super Bowl MVP will be heading to Walt Disney World for celebrations!

And what’s even better is that Disney Parks Live will be live streaming the Super Bowl MVP Celebration, which will take place on Monday, February 3 around 2:40pm, but be sure to check back with Disney Parks Live for an official time once it gets closer.

The star player of the Super Bowl will be accompanied by some of our favorite Disney characters, like Mickey and Minnie, as they stand on a parade float down Main Street USA, with cheering fans around the park!

The two NFL players even had a chance to channel their inner Jedi at Disney’s Hollywood Studios. They visited a galaxy far, far away at Star Wars: Galaxy’s Edge and had an amazing time!

Will you be tuning into the Super Bowl? Who do you think will win MVP? Let us know in the comments.