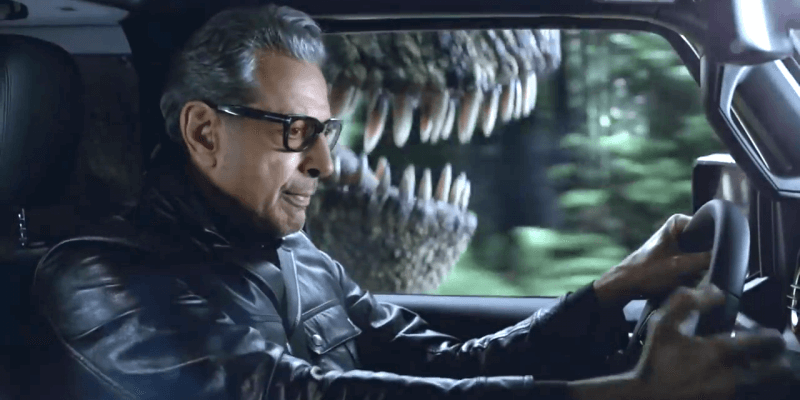 Who could forget that chase scene in “Jurassic Park” when an injured Ian Malcolm is trapped in the back of the Jeep, dangerously close to the jaws of a T-rex?

Jeep combined that memorable scene with new footage of Jeff Goldblum trying to outpace the dinosaur for a commercial that debuted during the Super Bowl. Even 25 years later, it seems Ian Malcolm hasn’t forgotten his iconic faceoff with a hungry T-rex.

See the fun Jeep Jurassic promo in the video below.

Jeff Goldblum returns to the world of dinosaurs for “Jurassic World: Fallen Kingdom,” which hits theaters on June 22.