Want to See Chris Pratt and Tom Holland Play Dungeons and Dragons? It Could Happen! - Inside the Magic 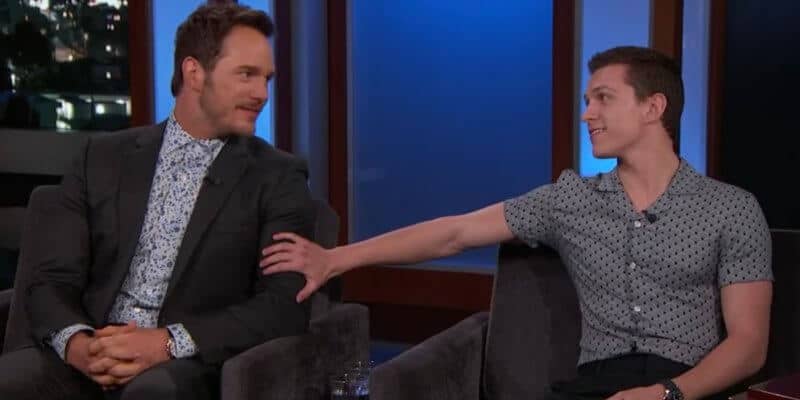 The press tour for Pixar’s Onward is well underway now and given the stars Tom Holland and Chris Pratt have worked together before on Infinity War and Endgame for the MCU, questions obviously always end up going back to those movies.

However, IGN asked Tom Holland the surprising question of whether he had ever played the famous tabletop game Dungeons and Dragons. The response was, unfortunately, a no. But there’s a glimmer of hope for those that love the game and who (like us) are big fans of the MCU.

Holland went onto say that some of the Avengers crew were thinking about setting up their very own game:

“Chris & I have been talking about setting up an Avengers D&D session, which would be amazing. We actually want to film it because it would be really fun.”

Wouldn’t it be incredible to see Earth’s mightiest heroes in a Dungeons and Dragons game all getting into their characters created by a Dungeon Master? The question is, who would that master be from the Avengers Cast? Our money is on Robert Downey Jr.

Though the game was once seen as something only suitable for guys living in their mom’s basement, the world has finally caught up to geek culture and its fantastic to see the game being spoken about it more of a positive light now. We still think shows like Stranger Things are responsible for the resurgence in old school tabletop games like D&D.

Other celebrities including Joe Manganiello, Matthew Lillard, and Daredevil star Deborah Ann Woll have all admitted to taking part in their own games.

The Avengers cast would make one incredible game and we’ve got no doubt that the video would end up breaking some kind of record for most views on a Dungeons and Dragons game.

Now that Onward is out of the way for Tom Holland, he’s got a lot to look forward to with the next Spider-Man movie. Of course, Pratt is also gearing up for a return to the MCU in Guardians of the Galaxy 3.

Now that we have a potential D&D game with the Avengers cast, can we get a game set up between the Star Wars and MCU crew? The best crossover event since Infinity War!

Would you watch the cast of The Avengers battle it out in Dungeons and Dragons? Let us know in the comments below!

Comments Off on Want to See Chris Pratt and Tom Holland Play Dungeons and Dragons? It Could Happen!