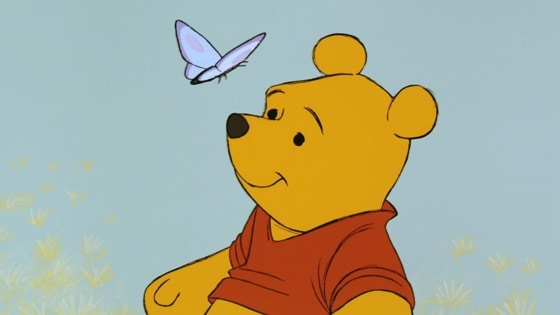 January 18 is National Winnie The Pooh Day, in honor of the Winnie the Pooh author A.A. Milne’s birthday.

Ever since the creation of the cuddly, honey-loving bear, many children all around the world have idolized Winnie the Pooh. And I would bet that at one point in your lifetime, you have had your very own Winnie the Pooh plush.

But, did you know that the real-life bear behind Winnie the Pooh was actually a girl? Here are some fun, yet surprising, facts about the silly old bear in honor of National Winnie the Pooh Day.

The Original Winnie Was Female

Going all the way back to World War I, there was a female black bear cub named Winnie, who actually became the inspiration for A.A. Milne’s classic children’s character. Finding Winnie: The True Story of the World’s Most Famous Bear details the history behind the original Winnie, who, during World War I, was purchased by Canadian veterinarian Harry Coleburn.

Coleburn named the black bear cub after his home city of Winnipeg and the bear went on to be a mascot during Coleburn’s battlefield training months.

He was then deployed to France, which is when Coleburn realized he couldn’t keep Winnie safe any longer, so he decided to bring Winnie to the London Zoo, according to WBUR.

A.A. Milne came across Winnie while visiting the London Zoo along with his son Christopher Robin Milne. Christopher was fascinated by the cub, fell in love, and even named his own teddy bear after her. Both Winnie and Christopher Robin went on to become the inspiration for the two characters in Winnie the Pooh.

During A.A. Milne’s 1924 book When We Were Very Young, he explained that the young Christopher Robin named a swan “Pooh,” which is where the character got the second half of his name from.

“This is a very fine name for a swan, because, if you call him and he doesn’t come (which is a thing swans are good at), then you can pretend that you were just saying ‘Pooh!’ to show how little you wanted him,” Milne wrote before the book.

Winnie the Pooh Was First Published In A Newspaper

Winnie the Pooh was first in the December 24, 1925 newspaper issue, according to the BBC.

The first appearance of the character was in a story called The Wrong Sort of Bees, which appeared in the London Evening News.

The Real Stuffed Bear, Winnie, Is On Display (And You Can Visit!)

If you are a Winnie the Pooh fan, take a trip to the main branch of the New York Public Library in New York City. On display are the toys that Christopher Robin played with that inspired the characters for Winnie the Pooh.

Winnie-the-Pooh has returned to the Library! Learn more about his time away: https://t.co/t6iZ3jVl7N pic.twitter.com/KbONNkWn1Y

The Real-Life Christopher Robin Opened Up A Bookshop

Christopher Milne grew up just like his father, becoming a book lover himself and in 1951, he moved from London to Southwest England and set up his very own bookshop.

According to the BBC, the bookshop was titled Harbour Bookshop, in which Milne retired from in 1983 and the bookshop closed in 2011.

Do any of these Winnie the Pooh facts surprise you? Let us know in the comments.