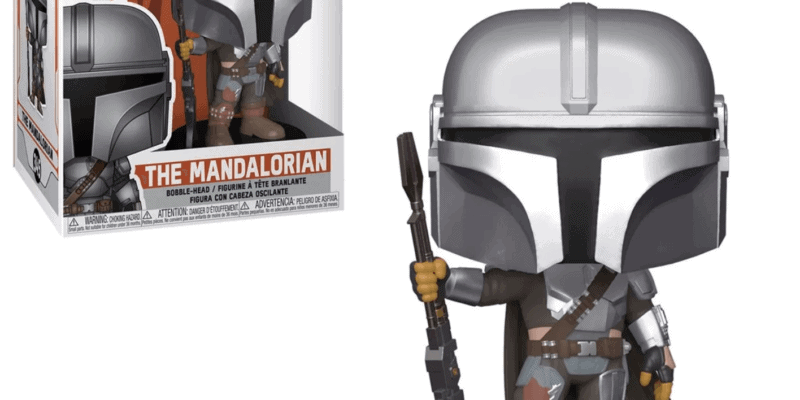 Funko POP ended the 2010s by announcing the release of an entire array of figurines of characters from The Mandalorian.

The collection will include both good guys and bad guys. Two versions of “Mando”–one standing with his blaster and another Deluxe Pop of the Mandalorian on Blurrg–Geef Karga, “The Client” an Offworld Jawa, and the Incinerator Stormtrooper. There are also a variety of other Mandalorians: “The Armorer,” “Covert Mandalorian,” and a “Heavy Infantry Mandalorian.”

All of these new vinyl figures are now available for pre-order. They will be released in February 2020. A third “Mando” figurine will also be released in March 2020.

Funko POP has already released figurines of a few characters from the hit Disney+ original series. Kuiil, Cara Dune, and IG-11 are already in stores.

“The Child” Funko POPs Available in May 2020

If you’re holding out for a Funko POP of “Baby Yoda,” you’re going to have to wait a little longer. The two figurines currently planned for the cutest creature in the galaxy–one standard size and another 10-inches tall–won’t be available until May 2020.

Related: Shiver Me Timbers! The New Redd Funko POP! Has Sailed In!

But the Funko POP won’t be the only piece of Official “Baby Yoda” merchandise. Hasbro and Mattel have each announced the release of an official 11-inch Baby Yoda plush doll. Hasbro’s version will feature a voice box with 10 squeezable sounds as well as a little soup cup and frog accessories. Mattel’s will feature a realistic vinyl head with a bean-bag body that will make it easy for it to stand on its own.

Mattel’s “Baby Yoda” hits stores in April 2020 while Hasbro’s will arrive in May. Both are currently available for pre-order.

Are you excited for The Mandalorian Funko POPs? Have you already pre-ordered your “Baby Yoda” plush doll? Let us know in the comments!