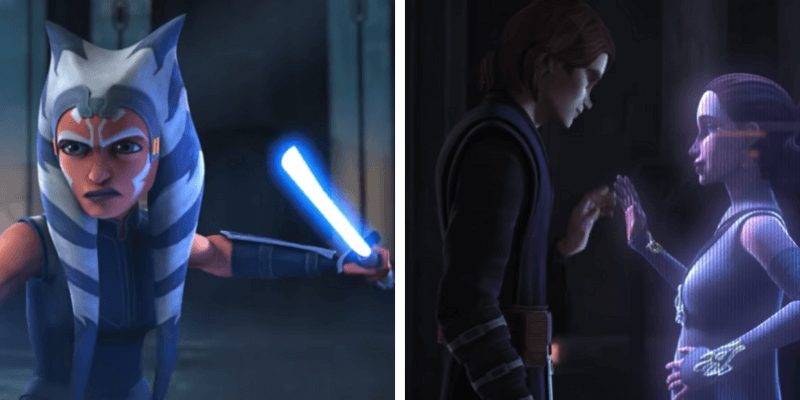 Mark your calendars Star Wars fans! On February 21, 2020, the final season of Star Wars: The Clone Wars that we’ve all been waiting for will begin streaming on Disney+.

Disney and Lucasfilm released the official trailer across social media this morning, promising the return of our favorite characters in an action-packed collection of episodes. But the trailer also hints at some bold moments that appear to write over the events of Star Wars Episode III: Revenge of the Sith.

You can watch the trailer right here:

Disney and Lucasfilm did not disappoint the fans with this trailer. As we near the twilight of the Galactic Republic, we get one last look at our friends before the tragic events of Revenge of the Sith:

Now Let’s Talk About the “Wait, What?” Moments

The trailer has a few moments that will make Star Wars fans stop and say “wait, what?”

But, perhaps we will see episodes that parallel the events of Revenge of the Sith and shed further light into the fall of the Jedi and the Republic. If that is the case, then this writer is hoping to see Order 66 from the eyes of Captain Rex.

Are you excited for the last season of Star Wars: The Clone Wars? What are you looking forward to most? Let us know in the comments!