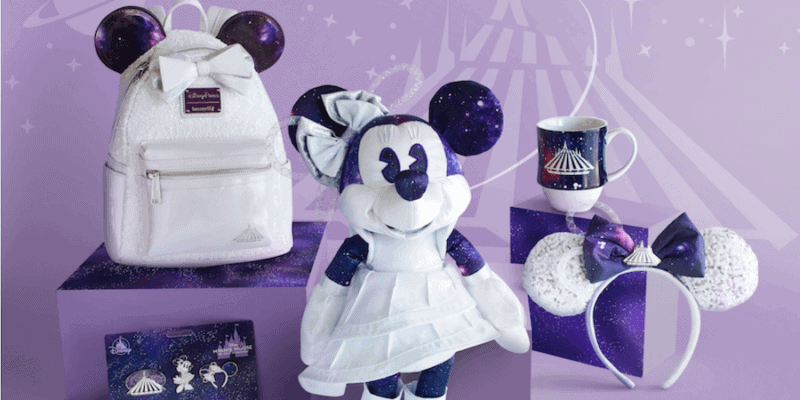 Minnie Lovers and Park Enthusiasts unite: we have another holiday gift that is too good to be true! Following in the steps of the incredibly popular Disney brothers Disney Backstage Collection Box ($34.99/delivery based on one-year purchase),  the Bedtime Adventure Box ($54.99), and the ever-popular Princess box ($74.99 per box), ShopDisney has news. They announced on the Disney Parks Blog that Minnie Mouse is about to get her own themed collection! You’ll be able to purchase the first installment of the individual sets next week (and throughout the year) on ShopDisney.com, the Parks, and The Disney Store!

Fashion icon Minnie Mouse is starring in a collectible series starting January 18th, 2o20 available at Disney Parks around the world, ShopDisney.com, and The Disney Store. Aptly named Minnie Mouse: The Main Attraction, the collection will contain Minnie items themed to a different beloved Parks attraction each month. Included in the widely-themed series are “it’s a small world”, Space Mountain, Jungle Cruise, Dumbo, Haunted Mansion, and more.  The Disney Parks Blog plans to reveal the latest additions to Minnie’s new collection on the third Saturday of each month. You’ll have to buy one type of item each month, and it appears this will be the sale date for the boxes as well. Set your calendars!

Each collection will contain an attraction-themed set of items including a Minnie Mouse headband ear set, a Minnie Mouse plush (styles will vary each month), a Disney trading pin, a sippable coffee mug, and a gorgeous Loungefly mini backpack or a hip pack (Fanny packs are not my favorite, but I may make an exception for Minnie…). There may even be a Walt Disney World Resort-themed Magicband, which will have us signing up each and every month! The price point for the Minnie items has not yet been released. Stay tuned to Inside the Magic for updates.

The first Minnie Mouse Subscription Box for January is themed to Space Mountain, which first opened at Walt Disney World’s Magic Kingdom on January 15th, 1975. A perfect month for this theme as the attraction celebrates its 45th anniversary.

Which Minnie attraction style are you most excited for?! Leave us a comment below about which ones you will be purchasing!