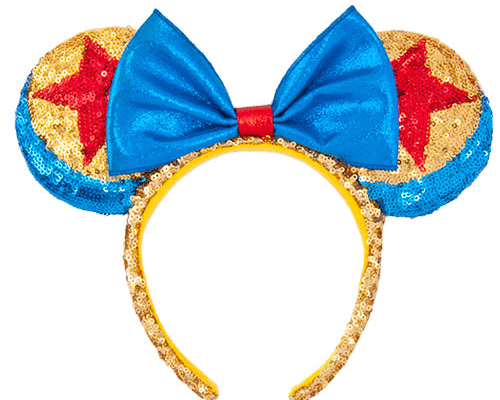 Disney seems to be going mad on the Pixar Luxo Ball at the minute and we’re fully onboard. Just last week we saw the release of the Pixar Ball spirit jersey and now we’re seeing Minnie Ears! It’s a great time to be a Pixar fan, that’s for sure.

Here are the ears in all their glory courtesy of Tokyo Kawaii Club:

Here they are! The new Luxo Ball Pixar Playtime Minnie ears. I can already tell these are gonna be pretty popular this year. Same goes for the Very Very Minnie event ears (swipe ?? to see). Not sure if either will sell out, but I wouldn’t be surprised, so check the FOMO Promos section of my shop soon if you’re interested!

There is a catch, the ears are only currently available at the Tokyo Disney Resort and are part of the Pixar Playtime special event.

The Pixar Playtime event over at Tokyo DisneySea is running now until March 19th, so there’s still plenty of time to grab a pair of these awesome ears.

The event itself sounds awesome and includes a Pixar themed stage show, lots of Pixar merchandise (such as these ears) and much more!

Given how popular Minnie Ears are worldwide in every Disney Park and how strong of a presence that Pixar has within Disneyland and Walt Disney World, we’d expect to see these on sale in the West soon. We’ll let you know when we know more information!

Though I’m not the target audience for these Pixar Luxo Ball Minnie Ears, I know my wife would really like a pair so my fingers are crossed they even make it over to my local park, Disneyland Paris.

It seems that Disney are really pushing the Pixar merchandise at the minute and why not? They’ve got a big year in 2020 with both Onward and Soul releasing. You know it’s a good year when we get treated to two Pixar movies!

Book a trip to Tokyo Disney Resort with the Authorized Disney Vacation Planners at Academy Travel, the experts on all things Disney Parks!

What do you think of these Luxo Ball Minnie Ears, are you a fan? Let us know in the comments below!

Comments Off on Luxo Ball Minnie Ears are Now Available – and They Look Amazing!