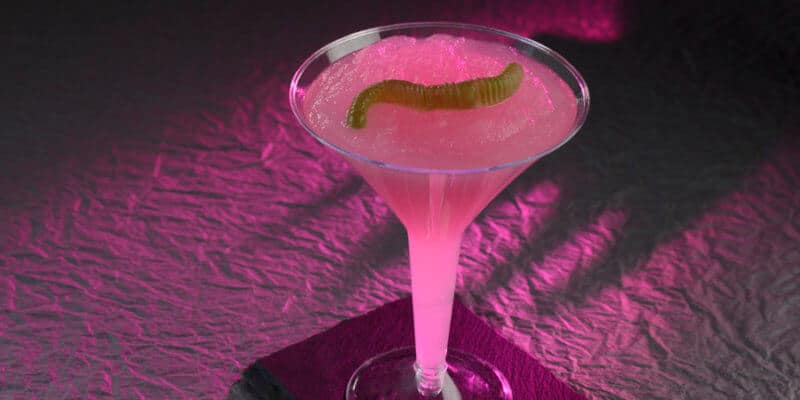 If you were lucky enough to attend Disney Villains After Hours last year, then you are going to love this spooktacular news!

As many of you may know, Disney Villains After Hours is a separate ticketed event that allows Disney guests to party after hours at the Magic Kingdom, and it will be returning this year for select nights starting on February 27, 2020.

The Hades Temptation is a frozen mocktail “Cosmo” made with lemonade, violet syrup, and a gummy worm garnish! Last year it was found at Tortuga Tavern, but if you are attending this year, head over to Casey’s Corner to find this beverage.

If you are interested in attending Disney Villains After Hours next month, be sure to purchase tickets in advance for $145 plus tax. You have the option of waiting until the night of the event, which will cost $155 plus tax, but we expect to see these events to sell out so we recommend purchasing ahead of time. And what’s even better is Annual Passholder and Disney Vacation Club Members can take advantage of a $30 discount!

If you want to visit Walt Disney World on your next family vacation to attend the Disney Villains After Hours, but aren’t sure where to begin planning, then don’t hesitate to reach out to our friends over at the Authorized Disney Vacation Planners at Academy Travel for a free quote. They will help book tickets to this special event as well as offer tips and tricks so you and your family don’t miss out on any of the magic throughout your vacation.

Do you plan on attending Villains After Hours this year? Let us know in the comments.

Comments Off on Will You Be Tempted By This Hades Themed Mocktail; Available Soon At Disney World