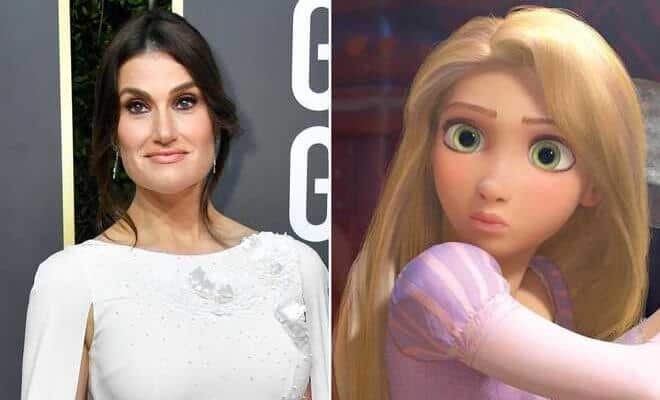 What if we told you a Frozen star almost voiced Rapunzel? Or the one and only Robin Williams almost voiced someone from Toy Story?

Well, there is actually an entire list of Disney actors and actresses who, at one point in time, almost played a different Disney character.

This isn’t really surprising to me as Rapunzel and Anna have a lot of the same characteristics and personality traits as one another. I think Kristen Bell could pull off both Princesses!

The Frozen star actually auditioned for the role of Rapunzel, though Mandy Moore ended up getting the part.

Bell told Paste: “[Tangled‘s casting director] told me ‘Look, if this doesn’t work out, I really want you to meet Chris Buck, who is directing the next Disney film’. So I sat down with Chris, after the audition, in the Disney commissary, and he told me that the next film was going to be a much more traditional Disney musical. I think he was appealing to the fact that I have a more traditional musical theatre voice.”

This one, however, is a bit more surprising to me.

Menzel told WeGotThisCovered: “I had auditioned and met the creative people for Tangled, so they kept me in mind for this [Frozen]. I had a meeting with Kristen too. But I think the reading was sort of an audition. Then they came back around, and gave me the gig.”

Can you imagine anyone else but Tim Allen voicing Buzz Lightyear? I know I can’t but this almost happened as Jim Carrey actually auditioned for the part, and who Pixar was actually considering!

Yet another star who was considered for the iconic role. Billy Crystal didn’t even have to audition for Buzz Lightyear as he was approached to voice the Toy Story character. Crystal decided to turn down the role, but soon regretted the decision, which was a result of him accepting the role of Mike Wazowski in Monsters, Inc.

Speaking of Monster’s Inc., did you know that Bill Murray was offered the role of James P. “Sully” Sullivan?

Murray apparently auditioned for the role and, according to Huffington Post, he did seem interested in it, but director, Pete Docter, couldn’t get a hold of him to offer him the part.

Robin Williams turned down the role of Woody. Williams made such a great impression as Genie in Aladdin, Disney saw him as “a guaranteed moneymaker” and used his voice to sell products, which Williams didn’t want.

Due to the disagreement, this is most likely why Williams turned down the role of Woody.

We know that the Harry Potter star stole the hearts of many when she took on the role of Belle in the live-action Beauty and the Beast, but she almost portrayed a different Disney Princess.

In an interview with Total Film Magazine, Watson explained her decision: “I didn’t know they were going to make Beauty and the Beast at the time I turned down Cinderella, but when they offered me Belle, I just felt the character resonated with me so much more than Cinderella did. She remains curious, compassionate and open-minded. And that’s the kind of woman I would want to embody as a role model, given the choice.”

Did you know that The Emperor’s New Groove was initially titled Kingdom of the Sun? And, it actually began with Emperor Kuzco (who is voiced by David Spade) wishing for a simple life and Pacha, a llama farmer (who would have been voiced by Owen Wilson), who wanted to be rich. The two characters ended up meeting and decided to swap lives.

Well, then the Kingdom of the Sun‘s director left the project so it became The Emperor’s New Groove and that is when Owen Wilson decided to step away.

Patrick Stewart as both Cogsworth and Jafar

Patrick Stewart can do it all! The actor was actually approached to take on the role of Cogsworth from Beauty and the Beast while he was still working on Star Trek: The Next Generation.

Then, not long after, he was also approached to take on the villainous role of Jafar in Aladdin.

Are you surprised to see any of these “could have been’s”? Let us know in the comments.