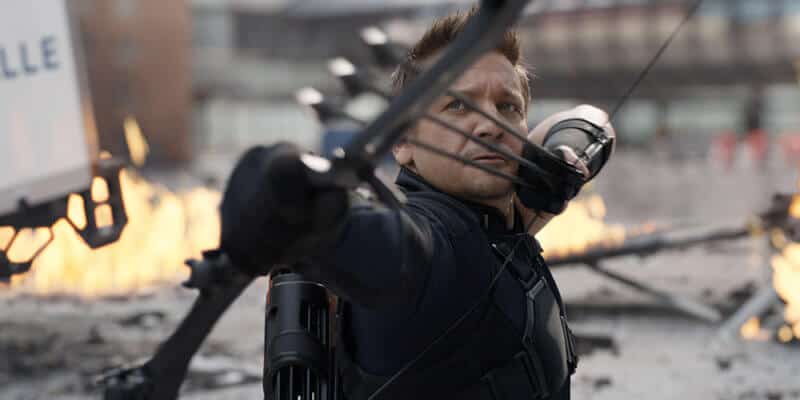 Last week, it was reported that Disney+ has indefinitely delayed the production and release of its original Marvel series, Hawkeye. The speculated reasons for the delay covered a wide range from prioritizing shows like Ms. Marvel and Moon Knight to the controversy surrounding Jeremy Renner and his ex-wife. But Disney has apparently denied all allegations that there is such a delay.

The update comes from Julia Alexander, a reporter for the culture site, The Verge. Alexander reached out to Disney about the rumored delay and tweeted the following:

“Disney contacts have vehemently denied it, calling it completely inaccurate.”

Hawkeye starring Jeremy Renner is still reportedly scheduled to premiere on Disney+ in Fall 2021, though we’ll update if we find out more information.

One of Many Marvel Shows for Disney+

Hawkeye is just one of a plethora of Marvel shows that are in some stage of production for Disney’s straight-to-streaming service. Some of the most anticipated shows include Falcon and Winter Soldier starring Sebastian Stan and Anthony Mackie, WandaVision starring Elizabeth Olsen and Paul Bettany, What If..?, and Loki starring Tom Hiddleston. Other shows that are in even earlier stages of production include Ms. Marvel, Moon Knight, and She-Hulk.

Related: Kevin Feige in Talks with ABC for New Marvel TV Show – It Won’t Be on Disney+

Marvel’s Hawkeye will see Jeremy Renner reprise his role as the epic archer, Clint Barton. The show is set to take place after the events of Avengers: Endgame. Most of the show’s details still remain under wraps, but if the show follows the comics, fans can expect the character Kate Bishop to be introduced. It will be interesting to see the post-Endgame world through Barton’s eyes. Especially after seeing it from Peter Parker’s perspective in Spider-Man Far From Home.

What do you think? Are you excited for Disney+’s Hawkeye series? What are you hoping to see in the first season? Let us know in the comments!