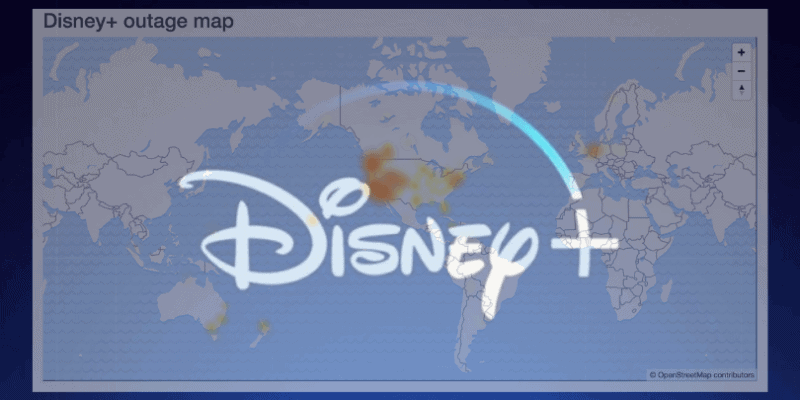 It happened just before 3:00 pm EST. Disney’s streaming service, Disney+ appears to have gone down across the world. While it is back up and running now, the problem did not go unnoticed and we are left wondering what caused the minor crash.

Here’s what we know:

Around 8 hours ago, from the time this article was written, the issues with Disney+ were reported by thewestnews.com. Before that, a site called Down Detector kept tabs on the situation as it happened.

Here is the chart of reported issues in the last 24 hours:

According to downdetector.com, the situation became a “problem” on the morning of January 6 EST, as more than ten subscribers began consistently reporting issues with the streaming service. Then, all at once, at around 2:30 pm EST on January 6, 2020, reported issues spiked. At 3:18 pm EST, the problem hit its peak with 1710 individual subscribers reporting issues.

37% of reporting subscribers had issues or were unable to log in to Disney+ while those already logged in accounted for 62% reporting “Error 83,” “Oh no something went wrong,” and other such error notifications while attempting to stream.

The numbers plummetted to 35 within the hour, alluding to the possibility that Disney plus was back up. However, the graph stayed well above Down Detector’s “Problem Line” until 3:48 am EST on January 7, 2020.

“Where in the World was Disney+ Down?”

From Amsterdam to Sydney, and every North American stop in between, subscribers reported Disney+ outage, made clear by this map provided on Downdetector.com. While it was undoubtedly a world-wide phenomenon, most of the reported cases come from America’s West Coast. Specifically from the Southern California and Cascadia regions.

Subscribers also decided to make their issues known to Disney+ directly via twitter:

Thank you for reaching out to us. We apologize that you have experienced this error. We are here to help! Please DM us your account information including your email address, full name listed on your account, and the device you are encountering this error on.

Don’t Worry, Disney+ Is Back Up

Whatever the issue was that caused the short outage, Disney+ was able to find it and fix it. Currently, Down Detector is reporting no problem with Disney+.

But, if you have a problem regarding Disney+ that you want to report in the future, don’t hesitate to do so. Follow these easy steps:

Did you experience a problem with Disney+ yesterday? Did you report it to Down Detector? Let us know in the comments!