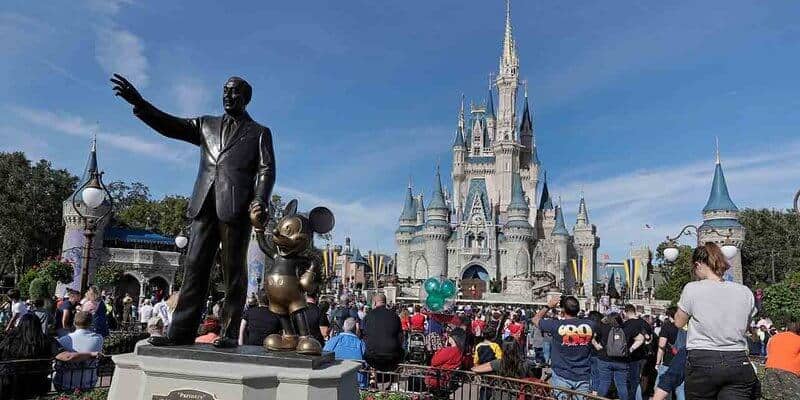 As you may already know, last year Walt Disney World started cracking down on the numerous third-party stroller rental companies.

There were numerous national stories on “over-the-top” strollers being used in the Disney Parks, causing the Walt Disney Company to crack down. In May 2019, the company issued new rules for strollers as part of a comprehensive rules update.

The new rules banned oversized strollers and stroller wagons, but many of the third-party stroller companies were still allowed to drop strollers off at Disney Resort Hotels for guests to pick up later on (as long as they were within the approved size).

In September 2019, Disney changed the rules again, this time requiring the Disney guest to be present when the strollers were dropped off. No strollers, wheelchairs, or third-party items were allowed to be held at Bellhop for guests. The only exception was for a limited number of “approved” third-party vendors who were partnered with Disney.

Many Disney World guests preferred these third-party stroller rental companies as they seemed to be more comfortable and cheaper than the ones Disney has to offer. Especially strollers from Kingdom Strollers and Orlando Stroller Rentals, two of the most popular companies around. But one of the biggest issues was the fact that neither of these companies were on that “approved” list from Disney.

But it looks like these two stroller companies now have an option that will please many guests. Both Kingdom Strollers and Orlando Stroller Rentals have announced new partnerships with vendors at Orlando International Airport.

If you are flying into Orlando International Airport and wish to utilize Orlando Stroller Rentals, guests can pick up their rentals at Hold My Luggage, located in Terminal B. If you wish to use Kingdom Strollers, you are able to pick up rentals in Terminal A at Wrap N’ Fly.

Once the strollers are rented, they are viewed like any other rental and can be loaded on Disney’s Magical Express, Mears shuttles, or any other stroller-friendly transit.

Do you tend to utilize a third-party stroller company when visiting Disney World or do your bring your own stroller? Let us know your thoughts in the comments.