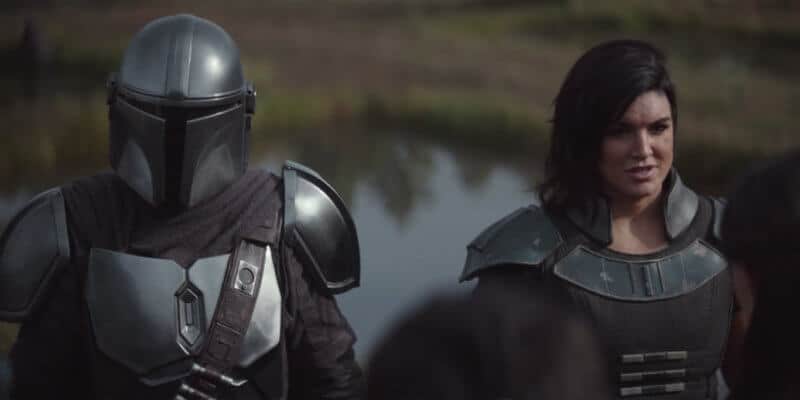 Obsessed with Baby (Not) Yoda? Us, too. The tiny green “child” has overtaken the hearts of Disney+ streamers faster than the company could rack up two million+ users. With a new episode of The Mandalorian debuting each Friday, we don’t want to series season to end, as it’s incredibly popular among all Star Wars fans. But perhaps you were so busy making starry eyes at your favorite characters that you didn’t notice a HUGE mishap in Episode 4.

Bolt and The Mandalorian

How does Bolt match up with The Mandalorian? Bolt’s type-A TV director berates his network executive (as well as his film crew) with a must-have level of perfection which keeps Bolt believing that he is, indeed, a real Super Dog. The appearance of a boom mic in an episode shot sends him monologuing on how to keep Bolt’s misconceptions from being destroyed, though Mindy From The Network isn’t entirely on board. And much like your favorite Disney Dog film, Bolt, a boom mic is absentmindedly featured in a The Mandalorian shot…

YouTube user Hulkules 187 clued us in during the most recent fourth episode of the series, titled “Chapter 4: Sanctuary.” A boom mic creeps into the top of the frame. During a conversation between the Mandalorian and Omera (the soldier), there’s a boom mic exposed at the top of the shot. Watch it appear and move here in the video below. (LANGUAGE WARNING)

Most fans like myself didn’t notice the sound equipment error. I was too busy waiting for the tiny Yoda to sip his tea and chew on The Mandalorian’s ship. Likewise, we never noticed the Starbucks cup at Khaleesi’s table during Game of Thrones until we saw it on the news the next day. We’re too busy trying to figure out all the interesting plot points!

We’ll forgive Bryce Dallas Howard this accidental boom mic feature, as heck, we didn’t notice it either! Though we’re wondering if Disney+ will edit out the boom mic in later episodes like Game of Thrones did! Sign up for Disney+ here and enjoy all the action before Star Wars: Episode IX – The Rise of Skywalker arrives in theatres on December 20, 2019. 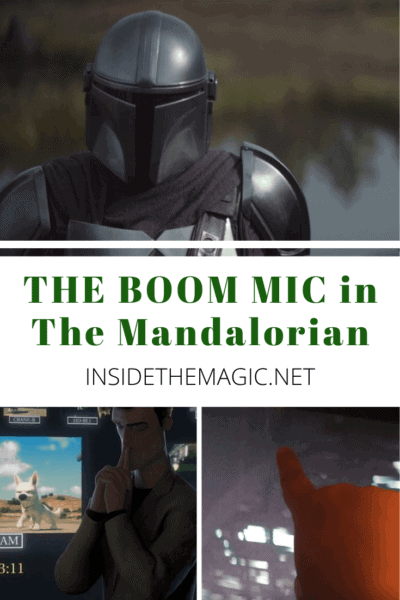