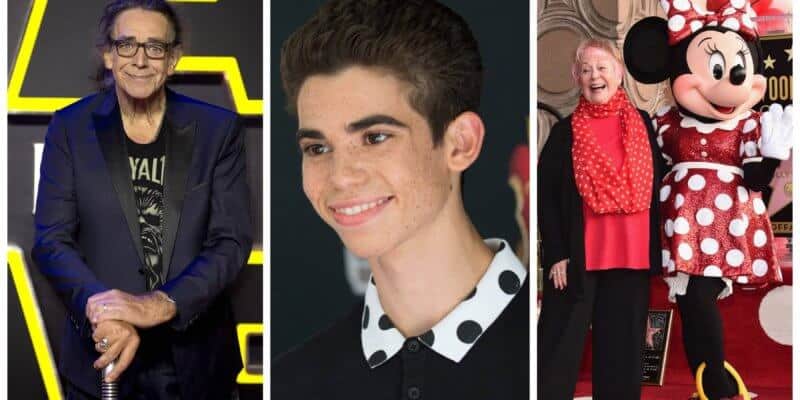 As we approach the end of another year, we would like to remember and celebrate those we lost in 2019.

Each of these Stars gifted us with their talents in some form or another. They brought us joy, laughter, and sometimes even tears. Especially the ones that left us too soon!

Today, we celebrate their lives and remember their artistic contributions with gratitude and respect. 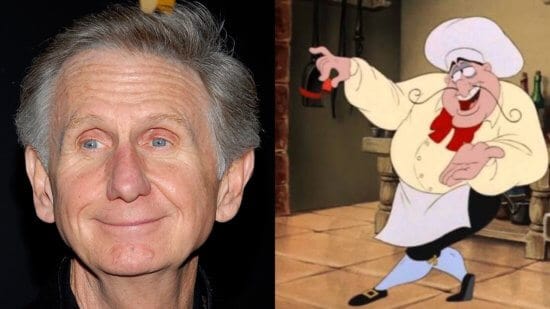 René Murat Auberjonois was an American actor and singer best known for playing Odo on Star Trek: Deep Space Nine. In films, Auberjonois portrayed Father Mulcahy in MASH, the expedition scientist Roy Bagley in King Kong, and Chef Louis in The Little Mermaid, in which he sang “Les Poissons”.-  Wikipedia

The longtime actor is survived by his wife Judith Auberjonois, a writer whom he was married to for 56 years, as well as their two children, Rèmy-Luc and Tessa, and their spouses. He also had three grandchildren.

Ron W. Miller, Walt Disney’s son-in-law and the husband of Diane Disney, passed away on February 9, 2019, in Napa, California. He was 85.

During Miller’s time at Disney, he pushed technological innovation, including computer animation, championing such innovative films as Tron (1982). He served on the Board of Directors at The Walt Disney Family Museum since its opening in 2009 and became president in November 2013.

Milton Quon, an animator known for his work on Disney classics including “Dumbo” and “Fantasia,” passed away at the age of 105.

Quon started working for the Walt Disney Animation Studios in 1939. Among his credits include Fantasia and Dumbo. He worked as an illustrator for Douglas Aircraft Company during World War II.

After World War II, he returned to Walt Disney Studios in 1946, heading publicity for three years. From 1951-63, he became the first Chinese American art director at a national advertising agency, BBDO. In 1964, he joined the Sealright Company, a packaging firm, as a Senior Design Artist, where he remained until his retirement in 1980. In the 1990s and early 2000s, Quon appeared as an actor in movies such as Speed and Sweet Jane. – Wikipedia

Russi Taylor was a Disney Legend. She gave a voice to our beloved Minnie Mouse and to many other characters. Taylor passed at the age of 75 in Glendale, California, on July 26, 2019.

“Minnie Mouse lost her voice with the passing of Russi Taylor. For more than 30 years, Minnie and Russi worked together to entertain millions around the world—a partnership that made Minnie a global icon and Russi a Disney Legend beloved by fans everywhere,” said Disney chairman and CEO Bob Iger. “We’re so grateful for Russi’s talent as well as the tremendous spirit and great joy she brought to everything she did. It was s a privilege to have known her and an honor to have worked with her, and we take comfort in the knowledge that her work will continue to entertain and inspire for generations to come. Russi will be sorely missed and our hearts go out to her family and friends, along with our deepest condolences.” – Variety

Actor Cameron Boyce was known for his roles in the Disney Channel series “Jessie” and franchise “Descendants,” and the Adam Sandler “Grown Ups” movies. He passed away July 6, at his home in Los Angeles. A statement from his family says he passed away in his sleep due to a seizure, which was the result of an ongoing medical condition. He was 20 years old.

Boyce was beloved by fans and known best for his kindness, generosity, and talent. He is sorely missed!

Peter Mayhew, the towering actor who donned a huge, furry costume to give life to the rugged-and-beloved character of Chewbacca in the original “Star Wars” trilogy and two other films, died April 30. Mayhew was 74.

Karen Pendleton was one of the original Mouseketeers on The Mickey Mouse Club.

Pendleton was just 8 years old when she joined the popular series, The Mickey Mouse Club. The star was one of the youngest members ever to join the cast and remained a regular for the entire show’s run on ABC from 1955-1959 — a feat which only nine children accomplished, including Annette Funicello.

Pendelton is survived by her daughter and two grandsons.

Richard Williams won a total of 3 Oscars during his lifetime, two of which for his work on Who Framed Roger Rabbit in which not only was he animation director but also largely credited as the brains behind both Roger and Jessica Rabbit.

Richard’s love for Disney didn’t start with his work on Roger Rabbit, he largely credits Walt’s original classic, Snow White and the Seven Dwarfs (which he saw when he was just five years old) as being the film that set him on his path into animation.

Dennis was one of the first Mouseketeers hired, and one of ten retained for the show’s second year. He left the show after the second season and went on to participate in several artistic endeavors including acting, directing, sculpting, and dabbling in the culinary arts.

Tim Conway was best known for his comedic hijinks. From his deadpan delivery on the Carol Burnett Show to voicing animated characters, his timing and improv skills not only brought audiences to tears of laughter but often is co-stars as well. His talents have appeared on talk shows, television series and several Disney productions.

Thomas Stanford Lyle (November 2, 1953 – November 19, 2019) was an American comics artist, best known for his work on Starman and Robin for DC Comics, and Spider-Man for Marvel Comics.

Lyle is best known for his design on the popular Scarlet Spider costume. This costume has made its way to comics, movies, and video games. Lyle is also known for drawing three Robin limited series alongside writer Chuck Dixon as well as co-creating Stephanie Brown/Spoiler for DC.

Thank you for bringing us so much joy all these years! May you all rest in peace.

Comments Off on Remembering the Stars We Lost in 2019