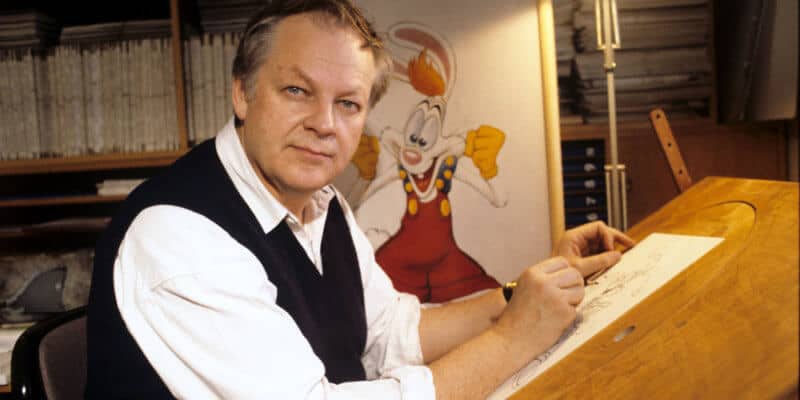 The animation director for Who Framed Roger Rabbit, Richard Williams has sadly passed away at the age of 86.

Richard Williams won a total of 3 Oscars during his lifetime, two of which for his work on Who Framed Roger Rabbit in which not only was he animation director but also largely credited as the brains behind both Roger and Jessica Rabbit.

Richard’s love for Disney didn’t start with his work on Roger Rabbit, he largely credits Walt’s original classic, Snow White and the Seven Dwarfs (which he saw when he was just five years old) as being the film that set him on his path into animation.

In a 2008 interview with the BBC Richard had this to say on his love of Disney:

I always wanted, when I was a kid, to get to Disney. I was a clever little fellow so I took my drawings and I eventually got in. They did a story on me, and I was in there for two days, which you can imagine what it was like for a kid.

Though Richard worked on other movies including The Thief and the Cobbler and two of the Pink Panther movies, it is his incredible work on Who Framed Roger Rabbit that he was best known.

The 1988 movie bridged the gap between classic and new animation and brought together cartoon characters from multiple studios in a move that we haven’t really seen on the big screen since. It’s crazy to think that Mickey Mouse and Bugs Bunny shared the screen at one point!

In addition to his role as animation director on the movie, Willaims also provided the voice of Droopy in Who Framed Roger Rabbit.

There are many fans still holding out for a sequel to 1988 classic, one thing for sure, Richard Williams legacy will always live on in what should be regarded as one of the greatest animated/live-action crossovers of all time.

Comments Off on Roger Rabbit Animator Richard Williams Dies at 86